The Virtual Hero of Free TON is “Miss Panties”, are you serious? 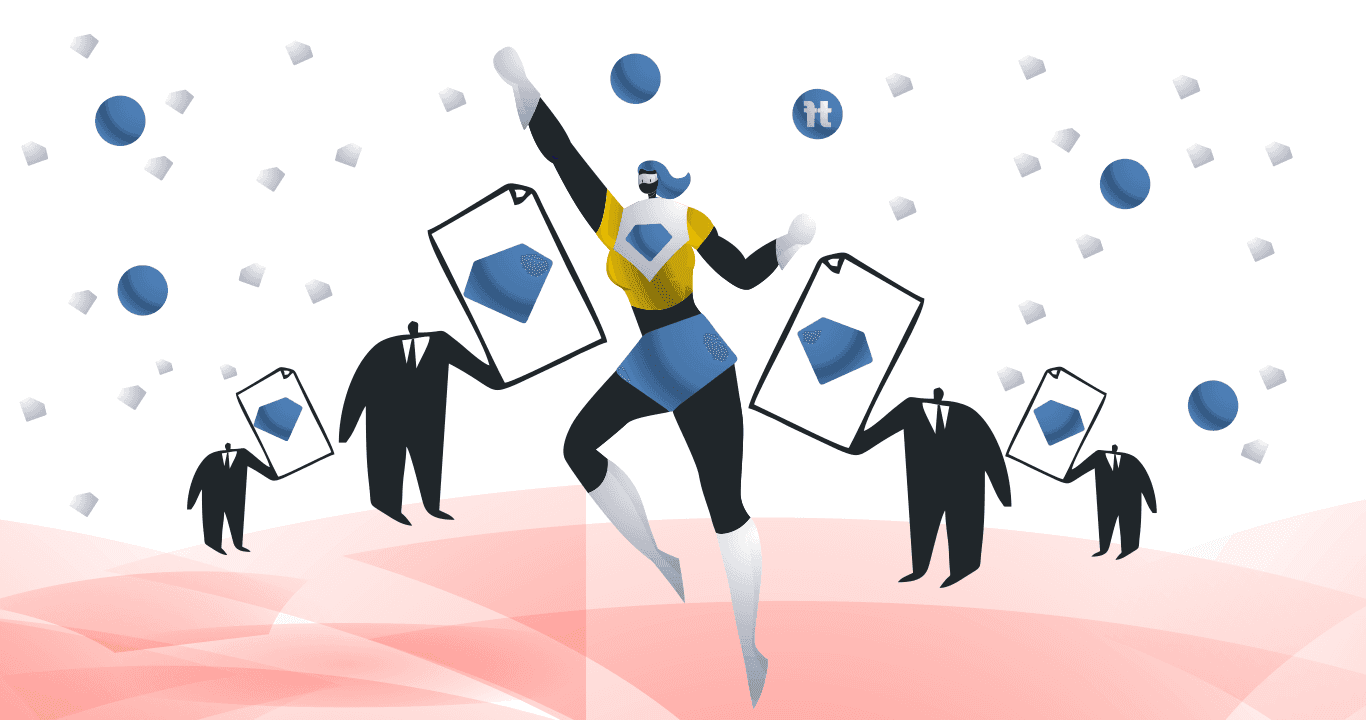 The Free TON Community Virtual Hero Contest has ended. Voting continued until the very last moment. Its progress was followed by authors, fans and jury members who had already voted.A lot of speculation about the results, predictions, premature criticism — all these are quite understandable things in a situation when 122 applications participate in the contest! Our editorial team also did not stand aside and expressed their opinion in a special review. As it turned out, Robin Hood is none of us, since we didn’t hit the bull’s-eye.

Miss Crystal (No. 62 on the list). This is an attractive energetic girl from video games. The recognizability of the image and well-designed graphics ensured the hero a confident victory in the competition.

7.83 points — F. Tonique the rabbit (No. 56 on the list). F. Tonique is a character with no biography or storyline, deliberately devoid of personality. The author’s intention was to create “a character which will suit everybody.” And he succeeded, at least with the jury members. A streamlined image plus a well-written roadmap is second place. Background, as in the case of first place, was not important.

Franky (No. 30). Its creation was inspired by images of pocket monsters from the 90s. Extremely expanded philosophy. Perhaps the judges were attracted by references to psychology and a scientific approach to concept development.

Tony Alien (No. 36) is a crystal head spacesuit. In our winner prediction, we marked this character. The drawing is excellent, easy to read. The character is positive, easily transforms into anything.

Two female characters made it to the top five — great! But in fact, they are similar to each other, both with an undeveloped personality and blue hair — stereotypical max level — hello from Smurfetta.

What was discussed on the forum?

We mentioned that there was a heated debate on the forum during the voting period. Participants discussed the relevance, creativity and originality of the various characters.

In the discussion, various commentators threw wood on the fire of disputes about the appropriateness of the Anime images. They noted that such images are turnkey characters, without originality, you just need to add a plot. However, it was the anime girl who made it to the TOP-5.

There are all the first places of anime, it feels like a contest judged by 10-15 year-old girls, God bless them

judges love anime and cartoons … so they would write in General requirements: we need an anime girl…

Some contestants were rightly suspected of borrowing characters from other projects. Does the jury consider the issue of uniqueness and copyright?

Well, for example, by the fact that the participant took a fully prepared work from another project and passed it off as his, from the character. It’s called, maybe it’ll roll

The main winner of the contest caused the most controversy.

It’s worth noting though that Miss Crystal is a superbly drawn character. This is one of the best visualizations. Have you noticed the physics of hair? The authors demonstrate their professionalism in creating characters for computer games. They have a classic female game character — skinny, with heels and an armored bra, stylized as a sweater. We analyzed these features in our previous review.

Closer to the finish of the vote, when it became clear who was at the top, the community even started joking about the jury’s ****** preferences.

Is the corrected copy the key to success?

The audience was outraged by the fact that slightly modified characters from cartoons or computer games received a high score. At the same time, the original ideas with elaborate storylines were ignored due to the flaws in design. Although the visual imperfection is just a consequence of the originality and novelty of the image.

Similar criticism touched the winner (No. 62), who was called a synthesis of characters from The Sims, Mirror’s edge and others. It was not difficult for the audience to find parallels and examples.

On the one hand, there is nothing wrong with taking inspiration from ready-made images and designing others based on them. In addition, there is an assumption that such a winner was chosen in order to involve professional graphic designers.

On the other hand, amateur participants initially had no chance and found themselves in a losing position.

This situation does not seem to be the implementation of the principle of decentralization. Maybe at first it was worth holding a contest of cool images-ideas, and only then a competition among agencies ready to implement them in cooperation with the winning authors?

What about the winners beyond the top five?

Sixth place was taken by the 80s techno-geek Ton-Surf (No. 89 on the list) — 7 points. For some reason, it turned out that the 6th and 9th places were taken by the same work. Although the author warned that applications No. 85 and No. 89 are the same. We hope this inaccuracy will be eliminated in the near future and the first twenty winners will get their final form.

Thoughts and feelings associated with the Virtual Hero Contest

The main question that arose among the participants after summing up the results: what was the actual purpose of the contest? Was it looking for the most beautiful picture? Was the original idea and story unnecessary?

Miss Crystal’s visualization in her impressive heels is ahead of all the contestants. However, she stumbles when it comes to personality, story and plot. «Loves to travel and dogs» — is that enough for the plot?

Questions about the voting process

It so happened that not all entries were evaluated by the same number of judges. Some of the participants received marks from 15 judges, some from 14 or 13. Naturally, this affected the average score.

Another question concerns the voting time. Some judges gave points in the last minutes, although there were 10 days for voting. One of the commentators on the forum said:

How to evaluate it? Does that mean jumping into the last carriage for the crystals?

Let us remind you that the jury receives 5% of the prize fund of the competition.It even got to the point of accusing the jury of a special attitude towards some of the contestants. It was proposed to make voting anonymous so that jury members could not see how others vote.

…the voting must be secret for the public and the judges themselves until the moment of completion… It will also prevent judges can influence the opinions of each other.

In addition, sometimes there were rather strange arguments in the comments of the judges. For example, F. Tonique, the rabbit (No. 56 on the list). The claim to the image sounded like: “can it speak without mouth?” Although a fantastic virtual character does not need such conventions.

Is the winner finally determined or should we wait for the continuation?

Recently, many noteworthy proposals for organizing creative competitions have appeared in the community. As for the results of the heroes’ contest, it is not worth considering them final yet — ideas for restarting the contest are being expressed.

Perhaps the community will use a more balanced approach — additional elaboration of characters, combining some into one whole, and the like.

Personally, we are interested in seeing how the visualization of the hero DeGod (No. 54 in the list) will be improved — our favorite since the last review.

In the meantime, we got “a girl in panties” — a representative of decentralization, technology, DeFi and free Internet.