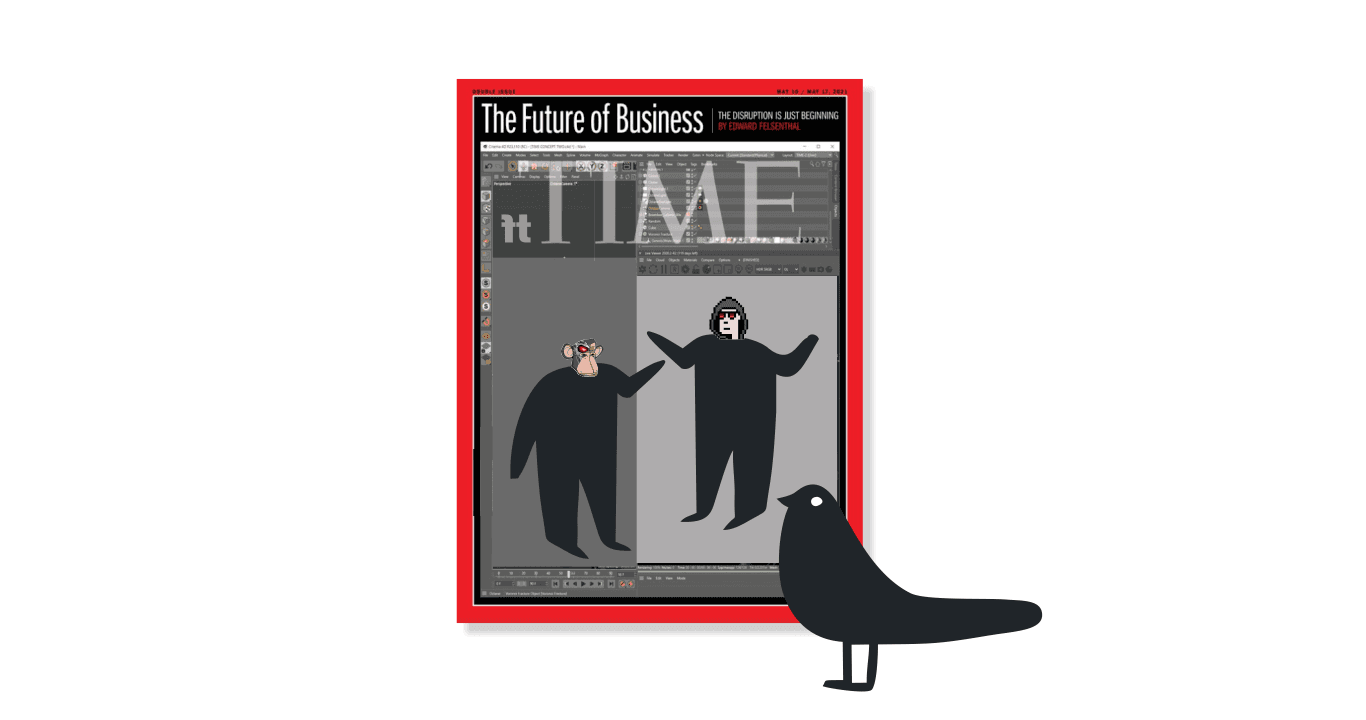 The NFT token market is trending up. Today we will present the most expensive NFT token transactions in October 2021.

NFT #109 Ringers, created on the Art Blocks platform, became the most expensive sale of October.

Dmitry Chernyak’s “Ringers” collection depicts the various ways in which a rope can go around a set of pegs. The items in the collection differ from one another in the number of pegs, their size, packaging orientation and bright strokes.

This is the first sale of #109 “Ringers” token since it was minted in January 2021. That is, some lucky guy got it for 0.1 ETH and 9 months later enriched on resale.

The Art Blocks platform allows NFT artists to determine the algorithms by which tokens from their collection will be minted. The platform then creates the characters of the collection on its own.

On October 1, a token called “Slight Symmetry Violation” was sold on the Super Rare platform.

The Slight Symmetry Violation token was created by the artist Dmitry Chernyak using a system written in Javascript. There are three other NFTs in this collection.

The token was created in March 2020 and has not yet been put up for sale.

The Super Rare platform collects and sells one-of-a-kind NFTs created by artists. The platform has its own RARE governance token, which allows its owners to participate in the development of the platform.

Bored Ape # 8585 from the Bored Ape Yacht Club (BAYC) collection made it into the top three most expensive tokens of October.

The BAYC project was created by Yuga Labs artists, who were inspired by “Planet of the Apes”. As part of the collection, 10,000 Bored Apes were created and put up for auction.

So far # 8585 is among the three most expensive Bored Apes that have been sold. But at any moment we can hear about another record of sales of BAYC copies.

The cover of TIME magazine issue May 10/17 2021, designed by digital artist Beeple, was sold on October 6.

With this cover, the famous artist wanted to demonstrate to the readers of the magazine the incredible speed with which the real world is turning digital nowadays.

NFT was originally sold for 130 ETH in the first days after the magazine’s release.

The sale was made on the Super Rare platform, the features of which we mentioned above.

The top five most expensive NFTs include «CryptoPunk» #1422, which is one of the 10,000 characters of the famous CryptoPunks collection we recently covered.

The CruptoPunks collection appeared in 2017 thanks to two developers, Matt Hall and John Watkinson, who experimentally created a character generator.

The collection consists of 10,000 different «punks», which are randomly endowed with different attributes: hairstyle, skin color, hair color, pipe or cigarette, and so on.

The popularity of «crypto-punks» is now reaching such proportions that the most unique characters are sold for several million dollars.

«Punk» #1422 has not been for sale since it was purchased four years ago by its last owner for 0.25 ETH. Based on the amount that was paid for the character the other day, we can conclude that the investment in 2017 turned out to be very profitable for his former owner.

Nobody knows who the artist behind the Xcopy name is. Over the past three years, the value of his extraordinary work has increased significantly, from $300,000 to $3 million rapper Snoop Dogg paid in September for his animated picture «Some Asshole».

DANKRUPT was sold for the first time.

Another «crypto-punk» — #4992 — is among the top ten most expensive NFTs of October.

Once minted, CryptoPunk was not sold by its first owner until this year.

After the new deal took place in October, we can conclude that the previous owner clearly underestimated his «punk.»