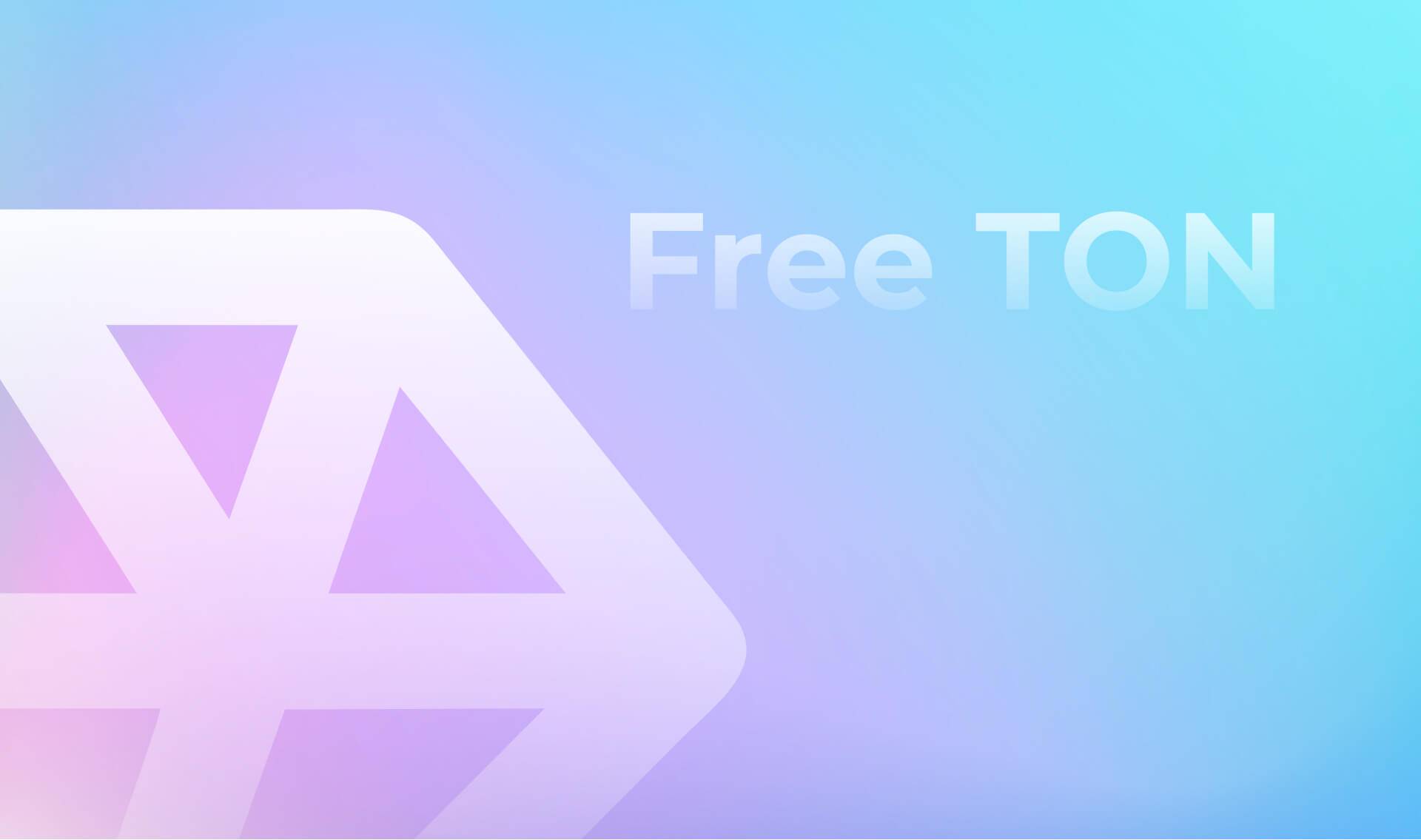 The Durov brothers fought for a very long time with the US Securities and Exchange Commission (SEC) for the adoption of the Telegram Open Network (TON) in the US, which led to the official statement by Pavel Durov to close the project and stop its development. Nevertheless, the open source code of the project gave a second chance. With the help of TON repositories, a group of independent enthusiasts collected all the best that was created by the Telegram development team and released their project called Free TON with the TON Crystal cryptocurrency.

Like other POS networks that have their own decentralized management, Free TON has its own declaration, which spelled out all the ideas and concepts of the community and the Free TON decentralized network. All the philosophical foundations of the project can be found in this foundation of the declaration. The Declaration on Decentralization is gradual, it was not created in a few days. And while the process of creating a full-fledged declaration was going on, more and more participants joined the project – both from the side of developers and users, and from the side of users who were interested in this project. These members have formed a very active and large crypto community in a short period of time, which is currently one of the largest independent cryptocurrency communities.

How it all began? From the very beginning, there were people who were very much involved in the TON project (which was directed by Pavel Durov). They were looking forward to launching all over the world. When Pavel Durov announced the closure of the project, these people were very upset. They decided that closing a project that they had been working on for over 2 years was humiliating. A lot of people spent a huge amount of time and effort on a project, which was then closed on the grounds that the money was not collected the way someone wanted – this is nonsense. It was these people who became the one that was used, helped to gain huge publicity among ordinary people and cryptocurrency enthusiasts.

On May 7, 2020, the official launch of the Free TON project took place. In addition to launching the project, the TON Labs team published the main components of TON OS on GitHub. Free TON has grown very quickly as a truly decentralized community driven project. Today, Free TON is an active community of cryptocurrency enthusiasts with over 30,000 members worldwide who contribute daily to the development of both the Free TON blockchain and TON Crystal digital coins. The Free TON community is self-sufficient. All changes within the community and the blockchain take place after the approval of the community members and nothing else. There is no centralized governing body and project community. As a result of the interaction of all these factors and the efforts of the programmers, a wide range of software developments has been provided, aimed at significantly improving tooling and changes in protocols.

The key differences between the original vision of TON and Free TON in its current implementation can be summarized in three key points:

The key idea from the project’s declaration is that the Internet was born free and decentralized, then large corporations and large states took over it, which began to control it; it’s time to bring it back under the control of ordinary people and bring it back to its true decentralized origins, as Bitcoin once did in the financial arena.

What makes Free TON different from other blockchain projects?

Free TON is a community driven blockchain focused on decentralization based on the open-source TON protocol previously developed by Telegram. It has tremendous potential and tremendous capabilities compared to other blockchain projects.

The Free TON project was started by the community and has never implemented an ICO of any kind. The developers and the community were faced with the task of developing a theoretical coherent mechanics of token distribution that would take into account PoS rules.

Another important aspect and basic tenet of Free TON is the preservation of open source, controlled by the community. Management takes place without affecting the main (deep) blockchain, which helps not only to protect against hacker attacks, but also to ensure the stability of the blockchain thanks to a truly democratic (meritocratic) on-chain approach to the evolution of the network.

The network launch roadmap has been divided into three stages so that everyone has the opportunity to fully prepare for the launch of the project, create the necessary software, improve security, distribute tokens, etc.

Stage I “Raging Bull” is a stimulated beta network with a decentralized time bomb (DTB).

Phase II “Rumble Fish” is a stimulated beta network based on votes from validators deciding the network configuration.

During this phase, TON Crystal tokens are distributed to developers to enable them to deploy and run their developments, and distribute them to users and validators for customization and testing. In the event of any catastrophic event, the network will be restarted to its original “zero” state.

At the beginning of this stage, a decentralized time bomb contract is executed, which resets the network configuration parameters in order to disable control over it by the developers, giving full control over the network to the validators.

Important events in the life of Free TON

Dune Network is a security and security focused decentralized application platform. The platform supports multiple programming languages ​​for creating smart contracts and also provides a whole ecosystem of dApps and tools. In addition, it offers business and technical support aimed at helping entrepreneurs innovate and scale across the web, while facilitating the integration of existing businesses on its platform. Free TON and Dune Network began merging after a successful community vote to accept the merger proposal.

More than 50% of community members voted to accept the Free TON / Dune Network merger proposal. This event is important for both projects, which will have a positive impact on the entire ecosystem of the project. Moreover, it will be the first effective and truly decentralized merger of two projects based on blockchain technology. The deal is valued at 9 million TON Crystal, which is equivalent to the market capitalization of Dune Network.

The acquisition of Dune Network will further expand the Free TON community by adding more than 2,000 Dune Network supporters, as well as expanding the project’s reach by transferring all social media accounts and 16 ambassadors in the 6 countries that Dune Network is represented by. On the technical side, Dune Network attracts about 30,000 accounts and smart contracts to Free TON, a network with over 50,000 daily transactions and a community of over 90 validators, including 8 companies that can become validators. The deal will also give Free TON access to all the exchanges Dune is listed on, an introduction to Dune backing investors, and a new lab that will foster the development of Free TON.

With its advanced technical stack, fully decentralized nature, unique partnership model, and growing community, Free TON has established itself as a strong contender for global adoption. For Dune Network, this is an opportunity to work on one of the best technical infrastructures and help in its development. Together, the Dune Network and FreeTon communities are growing stronger than separately. Joining forces allows projects to grow faster and more confidently.

The Origin Labs, behind many of Dune Network’s developments, will now focus all its efforts on Free TON. It is one of the most productive research groups in the blockchain space. Origin Labs employs a team of 9 PhD research engineers trained at leading technological universities in France who are widely recognized as experts in blockchain design. Over the past decade, they have participated in a large number of projects of well-known companies (Jane Street, Samsung, Bloomberg, Facebook), and also developed tools for OCaml (opam).

What is the future of Free TON?

Free TON blockchain has the potential to revolutionize the blockchain industry. This project is able to achieve mass adoption and use on a par with popular payment systems (Visa, Mastercard, Paypal), instant messaging platforms (Telegram, Whatsapp, WeChat), social networks (Twitter, Facebook) and fulfill the dream of most cryptocurrency enthusiasts – to become the basis infrastructure of the decentralized Internet. Nevertheless, the opinion of the cryptocurrency society about the future of Free TON was divided – some are confident in the success of the project, others in failure.

In any case, for 9 months of its existence, the project has gathered an active community around itself, it does not stand still, it is constantly developing and the main example of this is the merger with the Dune Network. The cryptocurrency community is waiting for a huge number of interesting innovations and news about the merger of various projects with Free TON.

In the light of what has been said and continuing the tradition of encouraging the activity of Free TON community members aimed at developing the community itself, we offer you a competition (0_0):

Rules: over the course of 6 articles, 2 words each from the common seed phrase of the wallet with the TON Crystal deposit will be encrypted in different places (you will find out the number in the last contest article, and it will surely please you). The words from the full seed phrase will be in the sequence in which you need to enter! The task will not be an easy one – there is no decryption key, and in each article the way to encrypt words will be different! The articles will first be posted on the Free TON blog in Russian and English, and only after 2 days on other platforms, so we advise you to follow the blog to get the keys to the wallet first. And in the end: there will be only 1 winner – so good luck, and only the date will help you today.