Rollups or How to Improve Ethereum 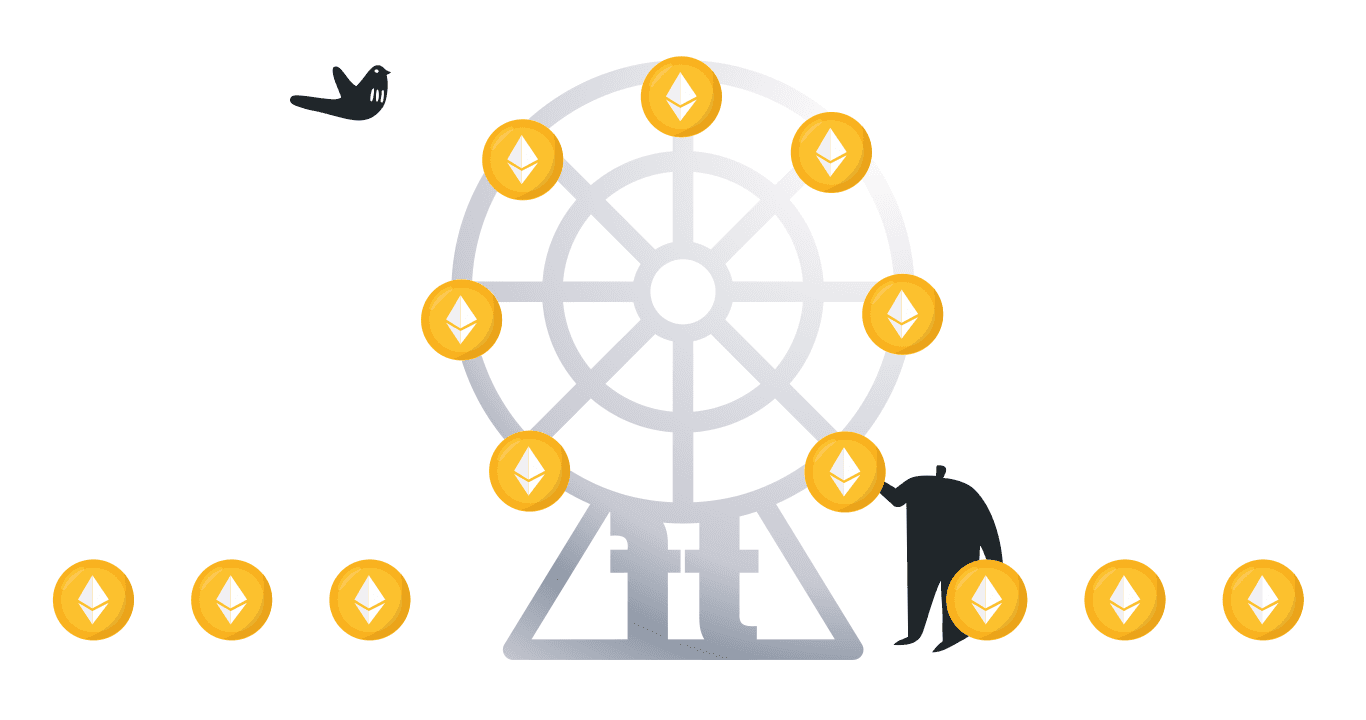 Ethereum problems have to do with the network’s bounded ability to compute many transactions within a shorter period. To solve these problems, rollups have become a new thing in the Ethereum space.

Ethereum is an open-source, decentralized blockchain network that attracts developers to create their dApps (decentralized applications) using Ethereum’s network infrastructure. Ethereum has its native cryptocurrency, ETH, the second-largest cryptocurrency by market capitalization ($379.5B) after Bitcoin.

Having been instigated in 2015, Ethereum is currently the most popular decentralized marketplace for games, apps, and financial services globally because of its first-mover advantage compared to other altcoins. However, Ethereum has several problems that come with its success.

What Problems Does Ethereum Encounter?

The popularity of the Ethereum network has led to an increased number of transactions on its blockchain network, resulting in scalability issues. Ethereum’s mining intrinsic properties limit block generation to 7-15 transactions per second due to the scalability problem.

The boom in DeFi is exposing Ethereum’s ability to subsist with skyrocketing usage. The increase in usage leads to clogging, which makes miners charge higher gas fees to process and complete transactions in the network.

Free TON and Solana as Alternatives to Ethereum?

Ethereum problems have become an opportunity for its rivals to acquire a fair market share and prove to be alternatives for Ethereum. A good example is Free TON, which is a secure, scalable, high-performance blockchain. Recently, Free TON set a world record for transactions per second, with over 56,000 TPS in its public network.

Unlike Ethereum that is maintained by a central organization, Free TON is supported by a DAO, a community of various parties that utilize smart contracts to approve and vote for reforms and directions of the project. Free TON native token is the TON Crystal. Some of the significant features of TON Crystal include fast speed and minimal transaction/gas fees. For example, one can pay less than $0.01 as gas fees per transaction and less than $0.05 per swap.

Before Free TON set a world record, Solana was dubbed the top-performing cryptocurrency of 2021 for scalability and low gas fees. Solana is a blockchain protocol (with SOL as its native token) that strives to establish an ecosystem of products and services powered by cryptocurrency. It provides similar features to Ethereum. However, Solana differs from Ethereum by offering ultra-low gas fees and faster transactions.

Rollups and Their Working Mechanisms

A rollup is a scaling solution that enforces transactions off layer one, but posts the transaction data on layer one. This permits the rollup to effectively scale the network while deriving its security from the Ethereum consensus. Ethereum is categorized as a layer one network because it performs each transaction on its primary network.

During rollup, computation is moved off-chain to allow processing more transactions since only a portion of the rollup’s transaction data can fit into the Ethereum blocks. To attain this, rollup transactions are carried out on a different chain than can an EMV rollup.

After implementing transactions on a rollup, the next step is to batch them together, then post them to the main Ethereum chain. Essentially, the entire process executes transactions, captures and compresses data, and rolls it up as a single batch to the main chain.

To improve Ethereum, rollups can enhance transaction processing efficiency and speed by shifting computation off-chain and fixing data blocks on the chain. Rollups addresses the Ethereum scalability challenge by processing transactions outside the Ethereum blockchain, minimizing congestion by reducing its load. Therefore, the functionality of rollups helps solve the problems of Ethereum by ensuring fast transactions all through, promoting open participation, and reducing gas fees during transactions.

ZK-rollups retain the state of all transactions constant on layer two, and it requires validity proof to update and verify any data on this layer. Since ZK-rollups don’t use much data, it becomes easier for them to validate a block.

It takes less time to move funds from layer two to layer one because transactions are authorized through validity proof in layer one. ZK-rollups minimize vulnerability to attacks because they are decentralized. However, validity proofs used on ZK-rollups require in-depth computations that are not favorable for applications with scanty on-chain activities.

Optimistic rollups assist in enhancing the speed of transactions on the Ethereum network. They become faster when amalgamated with shard chains. They keep transaction data safely on layer one and sit sideways with the Ethereum core chain on layer two.

Rollups can produce powerful outcomes in the space of crypto transactions in terms of increased speed, reduced gas fees, and scalability in its entirety. Though rollups are thought to be in a preliminary stage of development, they can help solve Ethereum problems.