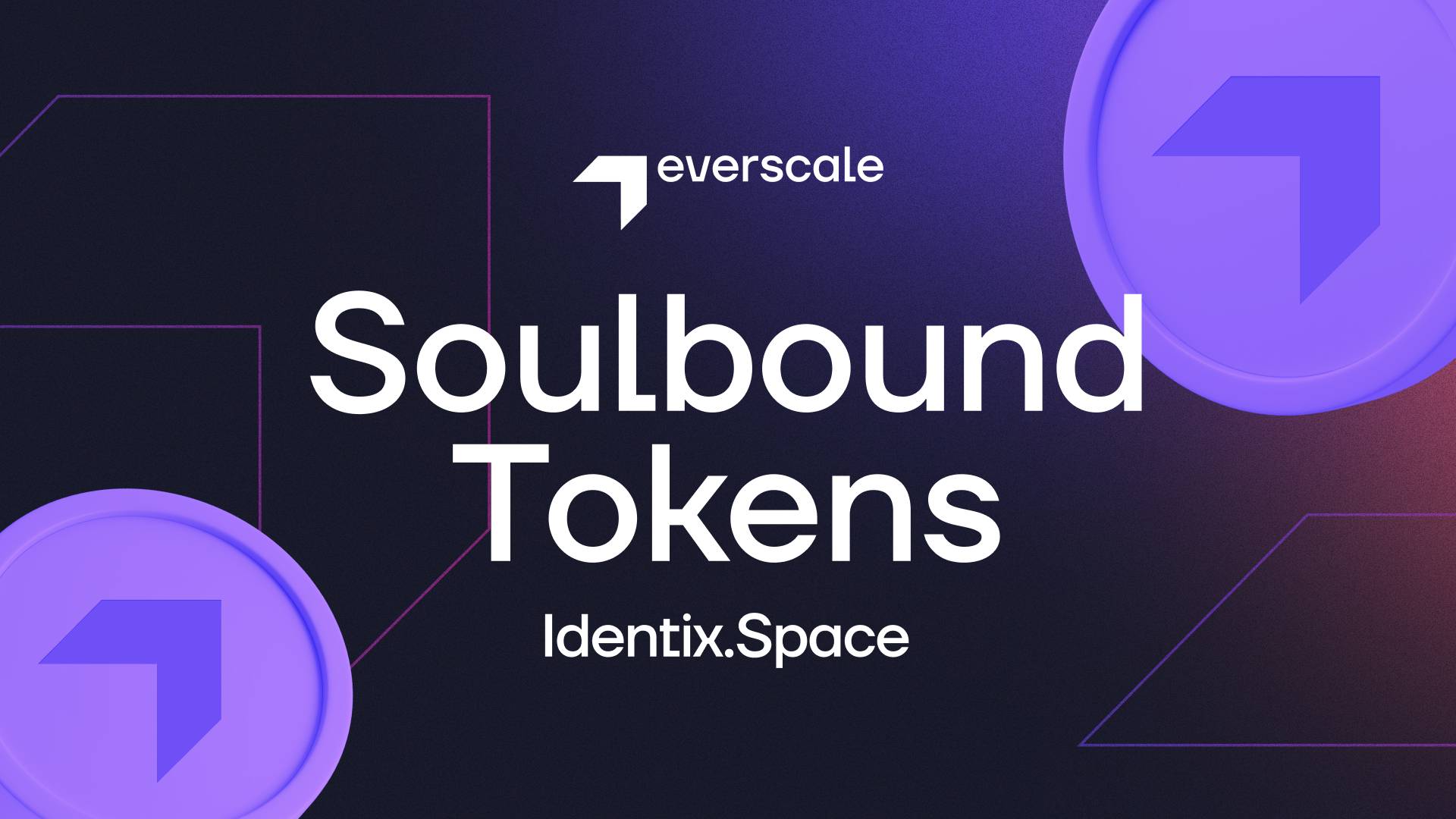 On September 3, vote on a proposal to implement Soulbound token infrastructure on Everscale started on EVER DAO. The proposal was made by the Identix.Space team, which has already developed a module for Soulbound tokens as part of the Broxus Elysium Hackathon.

Soulbound tokens (SBTs) are non-transferable tokens representing the identity of a person using blockchain technology. This may include medical records, work history, and any type of information that constitutes a person or organization. Wallets that store this information are called "Souls".

To fully understand the essence of the proposal, the EverKit team collected questions from the community regarding the proposal and passed them on to the Identix.Space team. Below you can see the answers to the questions:

1) Is there currently a financial and commercial model of this project? Will it be able to develop without subsidies? Are there any competitors in the crypto market?

The infrastructure has no commercial justification. Its task is to help create business models based on it. However, products that can be implemented have a completely understandable commercial effect. After the project, Everscale ecosystem products will receive a unified reputation accounting tool. Your trading volumes, for example, on FlatQube can be accounted for using SBT, which will be issued as an achievement card. You then use this card on GrandBazar and get a discount on NFT from a particular seller there.

Thus, the economic effect of the reputation component of the infrastructure depends entirely on the market participants. It seems that such a model will be able to drag users from other networks with proper positioning, which will increase the overall capitalization of the Everscale ecosystem.

This system has no competitors. There are a huge number of separate components on EVM that have not yet been assembled into a single system. But this will happen in the next few months.

2) I think it will be safer for the community if the amount is divided into parts along with the work phases and several transactions are made as the work progresses. What do you think about this?

Achievement of the goals proposed in the project description is possible only in the implementation of both stages: creation of identity infrastructure; creation of a scheme for data exchange and their scoring. At this stage, we apply for the first stage. On its implementation, we are ready to submit a second application for the next stage.

Dividing the current application into several stages is problematic for three reasons:

We believe that community risk is minimal as the Identix team has been in the Everscale ecosystem for over a year and is actively involved in ecosystem development. The key product of the team is the quest platform Identix.Space, which is based on the creation of identifiers through Everscale contracts. Thus, we are one of the interested in developing protocols that are ready to release SBT and accept them from users for rating.

3) Why did you decide to make a proposal, and not apply for a grant? Previous proposals indicate that the reward is not paid in EVER.

To the best of our knowledge, an application through EVER DAO can also be considered as a grant application. We considered that this method would attract more attention to the project and speed up the decision-making process.

4) Do you agree to get LEVER as a reward?

Yes, we will swap them in EVER and use them to pay for expenses (team, etc.).

Vote will last until September 6. Have time to contribute your vote!