Pavel Muntyan: About NFT And The Future Of The Crypto Industry 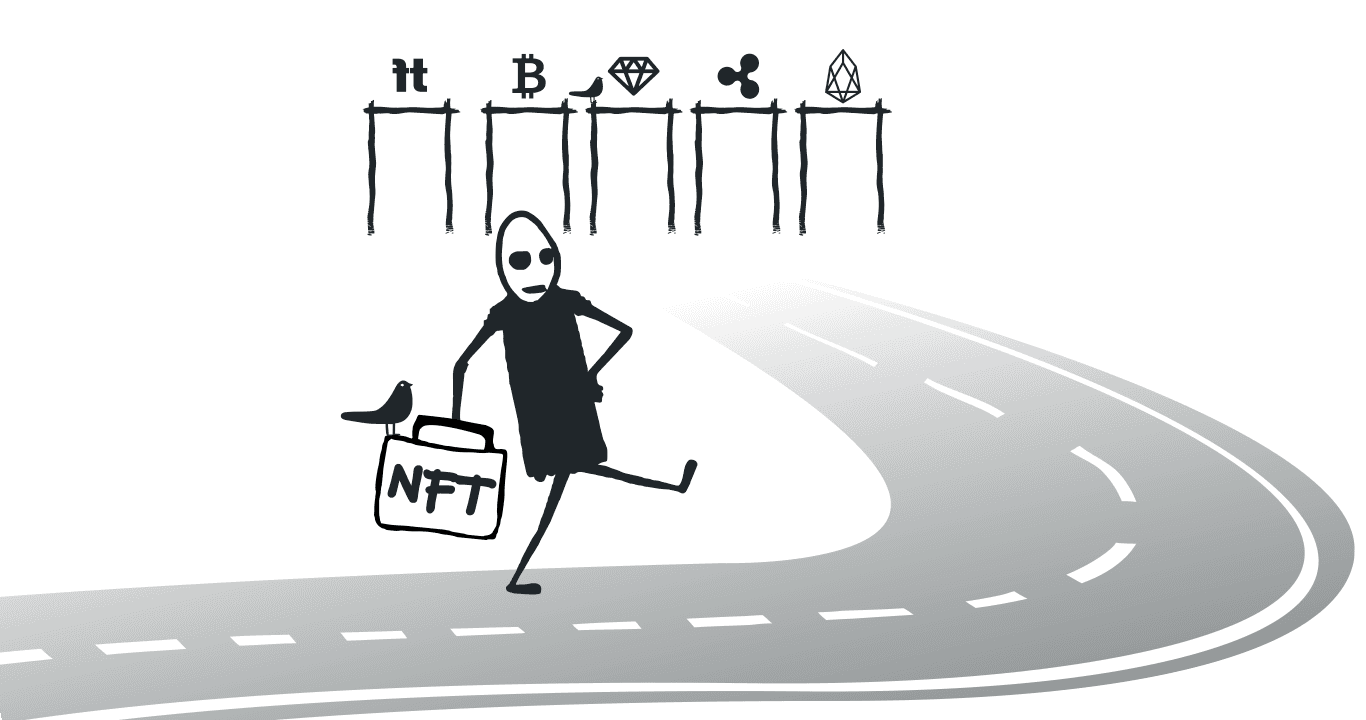 The second part of the interview with animation producer Pavel Muntyan (here is the first one). Pavel talks about his experience with NFT and shares his view on how the blockchain will continue to develop.

NFT: At The Peak Of Events

There is a series called Take My Muffin. I think we will cooperate with Free TON on it. One episode was chosen, which is dedicated to a startup called Divine ICO. There is preliminary agreement that it will be partially funded by the community and will be released with the Free TON logo and integration. It can be a very interesting media collaboration.

But long before we even launched our NFT series, we were at the peak of events, oddly enough, with Mr. Freeman. A certain number of NFTs were sold with him, including about 50 unique ones (in single copies). First on OpenSea, partly on Rarible. Then with Freeman we left Rarible, leaving only our new project there, and switched to Foundation. In fact, Freeman has accounts everywhere: on SuperRare, on Foundation,on OpenSea and now on GrandBazar.

OpenSea is the most user-friendly platform. There is no need to pay for each step. It is for everyone. And that’s probably why Freeman’s main audience is there. It was on this platform that the largest number of NFTs were purchased, and some tokens were resold 2-3 times.

It was an interesting experience. We hit that very wave when the NFT was at a mega-peak, in those two weeks when everything literally “took off into space” (February-March 2021). And we settled in this niche. We understand how everything works there: figured out Solidity, released tokens of a new project.

I tried to understand the ideological work of NFT (from a buyer’s point of view). How does it work? After all, you are buying a digital object that anyone can see. That is, the digital cast is yours, but it is visible to everyone, while the authorship remains with the author.

It turned out that everything was quite simple. Let’s say you purchased some real object of art (for example, a painting) and made an amazingly high quality copy. If your acquaintance, who came to visit you, knows that you bought the original, but does not know that you have a copy at home, then from it he receives exactly the same aesthetic impression and the same sensations as from the original. He is sure that this is the original. What then is the true value? Only in one hundred percent knowledge that this is the original?

So you bought an NFT picture from Beeple. It is recorded on the blockchain and confirmed by a smart contract. In other words, you have the fact of owning the original work of a particular author. When an artist dies (and we are all mortal), someone can buy from you the original electronic contract you signed with that author when he was still alive. If the internet and the ability to buy NFTs existed at least 50 years ago, now it would be possible to purchase NFTs that someone bought directly, for example, from Andy Warhol. And this is very cool!

People who have figured this out are making very targeted acquisitions. I understand why they buy Time covers. Because these are special, rare covers of a particular magazine, which were released for specific events and have a high historical value. And this value will show its true value decades later. It’s like buying the first tweet on Twitter. It also has real historical value because it is the very first tweet in human history. This is a unique digital artifact, a piece of history. Or the phrase “Hello, world!” sent from one computer to another.

Until we finish the swap and reformat Freeland based on Free TON, nothing new will be released in NFT. We will first integrate, switch with Mr. Freeman to the Free TON NFT platforms.

However, today on GrandBazar we have placed 32 unique NFT-coins with portraits of people who changed the world, which adorn Freeland’s passport.

Another issue is that various state institutions are trying to fight against the new. Especially because everything is getting too transparent. True, such a struggle between technologies and inert state institutions has always been fought.

But, one way or another, stories like those in El Salvador will increasingly integrate the crypto industry into our daily lives. And states will be forced to make decentralized decisions and implement them. Registration of  MTPL insurance, cadastral registration, medical records, excise taxes, and so on — all this must definitely be based on a blockchain with a super transparent system.

Of course, the transition to blockchain will be painful enough for government institutions. It was the same with the introduction of telephone communications, with the integration of computer equipment and even with the transition to Internet technologies. But now absolutely everything works with the help of the Internet: the banking sector, utilities, street lighting, reports, records, archives, document flow … The same will happen with the blockchain.

Perhaps it will take the same amount of time (about a quarter of a century) or even more. But more and more people already understand how it works and want it to be integrated. And then a young specialist in some municipal district will come and explain to the boss: “Let me do it in a new way, so that it is clearer and more convenient for everyone”. And the boss, although a man of the old school, will believe that the future belongs to modern technologies and will agree: “Let’s try it”. And then it is implemented and starts working. Then they will connect another district, then the next one … So gradually everything will change. I believe in it.