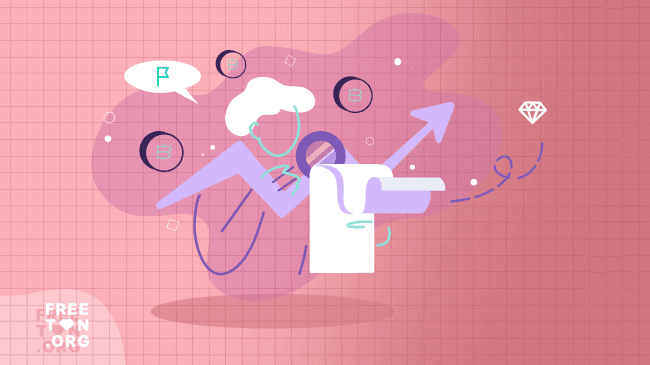 The Freewallet development team started its work in 2016 in Tallinn, Estonia. The first product of the Freewallet team was the FantomCoin wallet. As the application established itself as a success, it was followed by the production of wallets for Ether, Bitcoin, and Monero. All these wallets were created for Android. In the same year, the Ethereum wallet quickly became one of the most popular apps on Google Play, and all wallets became available on the App Store.

Additionally, Freewallet is responsible for the creation of the very first Tron wallet and early support for Bytecoin, a currency based on the CryptoNight protocol. The brand became more popular when it was featured in an episode of the OA (Netflix) television series in 2019.

There are different types of wallets in Free Wallet

Crypto Wallet. It is a multi-currency wallet available for Android and iOS. It also has a web version. Crypto Wallet allows you to store over 30 currencies in one place. These currencies are Bitcoin, Litecoin, Monero, Ether, Bitcoin Gold, Doge, Zcash, Stellar, and others.

There is no backup option for Crypto Wallet. In the event that a user needs to restore this wallet, he needs to contact support and provide certain information. Private keys are not available to users and are kept by the company. Crypto Wallet users can send coins to each other for free.

Freewallet Lite. This is another multi-currency wallet. Like Crypto Wallet, it is available for Android and iOS. Lite version supports a different set of coins. Freewallet Lite users can store BTC, ETH, and ERC20 tokens in it.

Unlike Crypto Wallet, the Lite version requires a backup to restore the wallet (restoring a wallet requires the use of a mnemonic phrase), private keys are stored by wallet users, and transactions between Lite version users are not free. This wallet is hierarchically deterministic, completely anonymous, and does not require registration. A new address is created for each transaction. The lite version has real-time cryptocurrency charts and a balance function in the selected currency.

Some currencies (such as BTC) can be bought directly through the wallet app using a credit card. Bitcoin can be used to top up mobile phone balance. Multicurrency wallets have free transactions within the Freewallet network. Users sending coins to third-party wallets can choose from four tariff plans (only relevant for bitcoins). These wallets can be funded with other cryptocurrencies that can be exchanged directly through the application interface.

Another feature that makes Freewallet more convenient is the built-in transaction tracker. The Freewallet website has a separate page where any user can place a special code called the Request ID in the appropriate field to see the status of the transaction and all related information.

One of the possible functions of the request ID is to confirm that the transaction has taken place. The request ID can be sent to the recipient as evidence.

The purpose of cooperation with Free Ton

As stated by FreeWallet, now Free TON needs the most awareness of the crypto community. It is important to tell as many people as possible about the existence of the TON Crystal token. This is where FreeWallet comes in. FreeWallet is used by over 3 million people to store, purchase (using bank cards), and exchange cryptocurrencies around the world.

Based on this, the main benefits for Free Ton are:

All these features are combined with:

The company also plans to:

Integrate Ton Crystal into FreeWallet. This means that the token will have access to all the functions provided for other assets, as well as the ability to seamlessly purchase and pay by credit and debit card.

Distribute Free TON to all FreeWallet users (over 3 million users). This means that over 3 million people will interact with Free TON.

For the implementation of the next steps, the company is requesting 1,300,000 tokens.

What do you think of this collaboration? FreeWallet was invited to the AMA session to discuss future work and a more detailed presentation.

Join the discussion of the proposal here.