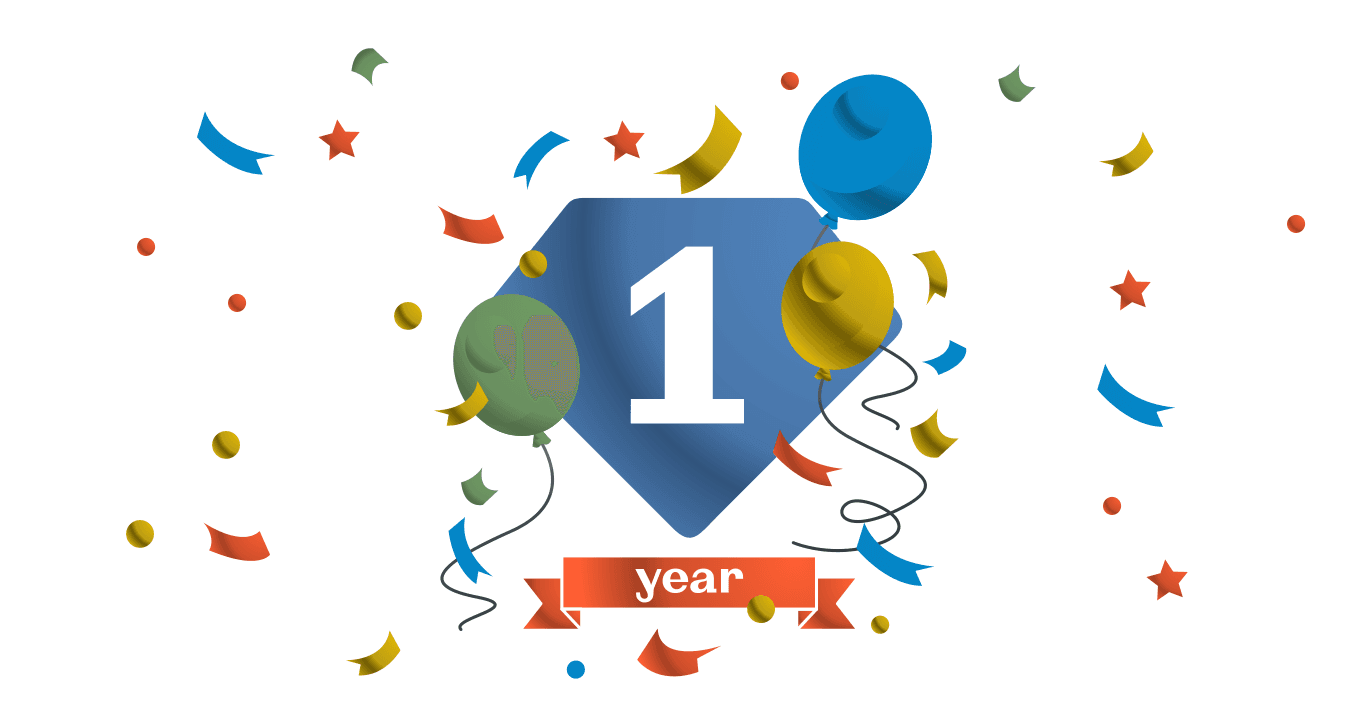 “There was too much talk”. Congratulations, friends, Free TON is not like the heroes of memes with this catchphrase. We are ready to confirm this with a blockchain retrospective.

A year has passed since the independent blockchain Free TON appeared on the wreckage of the Durov brothers’ project. On May 7, 2020, TON Community members, developers, and potential users launched the platform via video conference. It was possible to become one of them then and now by signing the Declaration of Decentralization. Already at the start of the project, more than a thousand individuals and legal entities were signatories, but now there are over 15,000.

The Year of the Raging Bull and Impressive Growth

At the origins of the project were 23 founding fathers — Initial members. They also make up a large part of the Global Community Subgovernance and are on the jury. Besides them, the leadership includes the most competent members of the community, as well as representatives of the Subgovernance “working groups”. Initially, four main areas of their activity were planned:

As the platform developed, the important tasks of the Subgovernances shifted, and now there are about twenty of them. They are engaged in analytics, support, training, development in the field of decentralized finance, working with media, esports, and collecting NFT tokens. And there are also national Subgovernances — French, Chinese, Korean, Vietnamese, Mexican, Japanese, and Turkish.

The expansion of governing structures was a natural result of the growth and development of the community itself, which already includes about 50,000 active users. For comparison, in the first semicircle of the project, the main community forums numbered 2-3 thousand people.

Free TON is a 2D blockchain based on the PoS BFT consensus algorithm. Dynamic branching of threads depending on the load, protection against forks, data organization as a Merkle tree — a small list of technological solutions of the platform design.

The node written in C++ during the first large-scale Magister Ludi validator contest at its peak showed an impressive speed of 2,000 transactions per second. The new node, rewritten in Rust, is being tested before the next Rust Cup validator contest and claims to be the world record among blockchains for the number of transactions per second. And judging by the validators’ feedback, only the speed of the Internet itself can limit the speed of a Rust node.

To date, the C++ node has already implemented support for zk-SNARKs, which ensures the confidentiality of transactions.

To write smart contracts in Free TON, besides C++, Solidity is also used, which, however, has been significantly redesigned, and they have updated the SDK for nine languages.

Validator contests have attracted about 450 validators to work in the system, and their number is expected to grow further. Although 13 validators are enough for the stable operation of the blockchain, a larger number of them ensures stable scalability of the network, since Free TON is a blockchain that is divided into other blockchains that are closely related to each other.

With its features, Free TON plunges the uninitiated into a slight confusion.

It is a blockchain, the currency of which is not mined or sold to investors but is distributed among the community members on a meritocratic principle.

All the planned 5 billion tokens will be distributed free of charge under the slogan “values in the hands of the worthy”, of which 85% will go to community members, 10% — to developers and 5% — to validators. The distribution of the Free TON cryptocurrency among the community is based on the results of contests.

Free TON Contests are a bold and original blockchain economic model that is supposed to distribute the main amount of cryptocurrency among the community, which will subsequently go into free circulation. Any person or team can propose a contest, and the decision to hold it is made based on the results of the voting. So far, 165 contests have been held or announced, while it is worth considering that almost any more or less massive activity in Free TON is a contest.

Free TON is a blockchain with constantly developing and implementing innovations that are important not only for the blockchain ecosystem itself but for the entire industry. For example, DePools — smart contracts that allow any owner of the TON Crystal cryptocurrency to participate in staking. Or DeBots — an intuitive user interface that allows you to interact with the blockchain directly, without intermediary sites, directly through the TON Surf browser.

Blockchain is primarily a cryptocurrency. And here Free TON has its own way too. Cryptocurrency provides financial conditions for the existence of the platform, but its value is more than monetary. The blockchain platform also sees social potential in it, and we will return to this later. Well, DeFi, the decentralized management of blockchain financial activity provides financial stability. It includes several initiatives linking Free TON tokens to other cryptocurrency and currency market ecosystems. It’s other currencies, it’s the entry into centralized and decentralized exchanges, it’s the development of stabelcoin.

Working versions of bridges with Ethereum and PolkaDot blockchains are almost ready, and their expected launch increases the attractiveness of TON Crystal for cryptonumismatists. Bridges with Bitcoin and Tezos\Dune are on the way. As a result, the owners of the currencies of the listed platforms will be able to use coins for payments in the Free TON system and vice versa, without experiencing significant costs.

You can buy or sell TON Crystal on centralized exchanges right now. The development of DEX, decentralized exchanges in Free TON, passed the stage of selection of design solutions, as a result of which the conceptual principles of the exchanges were formulated and working prototypes of exchange services were developed.

More Than a Currency

Free TON is more than about money, remember? Since everything in it is a smart contract, in which any information can be recorded, and the blockchain architecture provides arbitrarily long, verifiable and immutable data storage, this technology reveals significant social potential. The most daring ideologeme of the platform is that the blockchain can grow into a “computer” distributed on millions of media, available anywhere in the world and capable of executing programs written for it. But so far, it is only beginning to demonstrate the possibilities of the practical application of the blockchain, going beyond code storage.

Thus, the Free TON community is already positioning blockchain as a possible platform for organizing democratic procedures. For example, a contest is being held to audit voting in elections in Latin America.

And what are we going to do without the popular NFT market these days! Moving with the trend, Free TON has already developed its first NFT platform, created a corresponding Subgovernance and is developing a trading platform for NFT tokens.

The decentralization bomb embedded in the Free TON concept is still counting down to the time when control over network configuration parameters will be fully transferred to validators. And at that point comes the second stage in the deployment of the Free TON ecosystem, the Fighting Fish.

The pace of movement to this state is high, but it is not yet known how many growth diseases the Raging Bull rushing in the second circle still has to overcome.