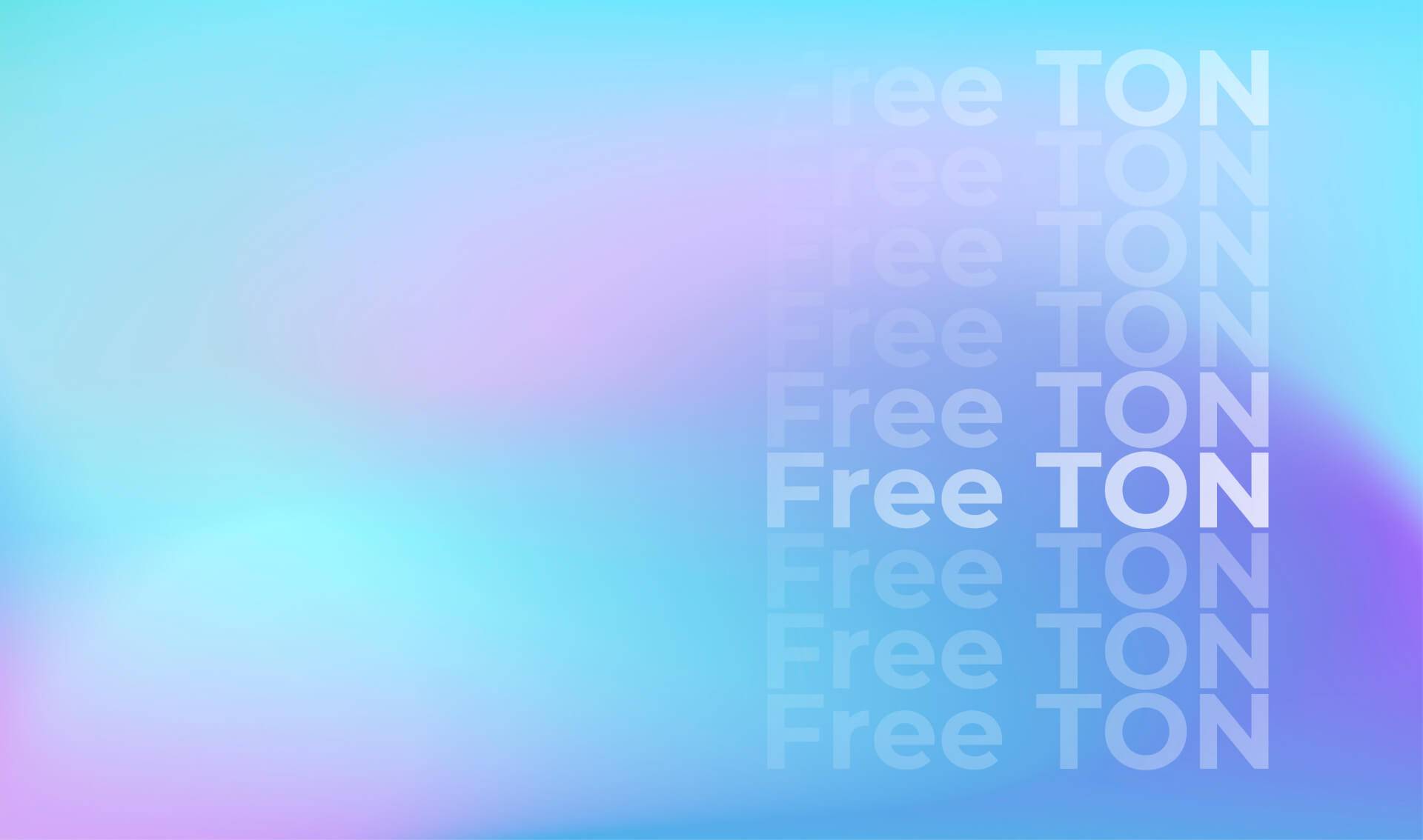 Tell me something about yourself. What did you do before Free TON? What are your competencies, skills and education?

I started working as a programmer at the age of sixteen, now I’m 42 years old. Before working with the blockchain, I worked for thirteen years with compilers – a computer program that translates computer code written in one programming language into another language. This software is not for ordinary users, but for programmers. Perhaps, it’s the most difficult area of programming in existence.

What projects have you participated in?

In 2011-2015, we participated in the development of a heterogeneous processor architecture at AMD. It is a hybrid processor that can work with the memory shared by the CPU and the graphics card. Due to this, it was possible to play games on mid-range laptops. Power consumption was greatly reduced, and performance was significantly increased on a number of tasks. This is what all the leaders in the microprocessor industry were doing in 2013. Such as, Intel, Qualcomm, ARM, Samsung and others. But AMD was ahead of the pack as the only company with both CPU and GPU design.

More than 200 professionals around the world have worked on this technology in AMD, and in 4 years we have developed a very cool processor. It significantly outstripped its counterparts, and served as the basis for the generation of game consoles, but could not conquer the mid-range laptop market for economic reasons.

I also worked at Sun Microsystems in ☕️ Java. This is the kind of coffee cup that sometimes pops up in the lower right corner of the desktop on the PC with the notification: “Here! I’ve downloaded a new version!”. If something broke as a result of the update, then you can scold me for it – we were responsible for releasing Java SE updates.

Where did you study?

I studied at St. Petersburg State University at the Faculty of Mathematics and Mechanics. Three years later, Nikolai Durov studied there.

Why are you in Free TON?

By the time TON Labs participated in the launch of Free TON, I also worked in this company as the head of the development toolkit for TON, and as a hobby I was developing smart contracts for the TON blockchain, because I was very interested in how they work.

At the time of the launch of the Free TON network, I had already participated in the life of the small community of developers that existed. People saw just cryptocurrency in the TON blockchain and completely did not pay attention to such a strange thing for them as a smart contract. They focused solely on popularization and potential validation revenue. All this time, I have been experimenting with the development of smart contracts, trying to understand how interesting they will be to the community. So gradually I found those who are interested in their development. I have developed a smart contract for voting for entries.

Tell us how things are going in your SG. What do you do personally in the SG?

I have practical experience in developing what is the main topic of Dev Ex SG, and therefore I have to deal with almost everything except the organizational part.

They are very different people, they are very smart, interesting and motivated. Their goals and objectives are very different. Their background is very different. Their outlook on things is very different. And these people manage not only not to argue, but even know how to listen to each other. And if they are not yet working on common goals, they still know how to productively discuss them. When people meet from completely different worlds, they sometimes discover that they see nothing in common with each other. And instead of scattering or swearing, they gradually begin to look to the other side and try to find what is close to them. Then their minds gradually wake up and it turns out that they can do something in common, which will be interesting and useful to both of them. Both parties find out about themselves a lot of new things, that they were in fact not so right as they thought, and that the world is richer and life is more interesting.

So you’re talking about synergy?

This cannot yet be called synergy, and it is still far from it. Rather, it is still xenophobia. This is normal and understandable. All people are different and this is great, otherwise it would be very boring to live. It would be difficult to discover new possibilities and aspects of this world, trying to compare the contradictions. And this, perhaps, is the most interesting thing that can be in life for me.

What is there, in your opinion, that is not enough for a smooth and enjoyable work?

We’d rather do something for this than discuss separate points, because doing is always better than talking. There are many more ways for cooperation. And after we have become close enough to have opportunities for joint activities, then these opportunities will increase.

TON blockchain is absolutely untapped territory. There is a lot to do, and there are absolutely not enough hands for this. The choice of opportunities for cooperation is very wide, and it depends only on us. We can really do something really wonderful!

You can check my words, for example, in a month and a half. If there is a qualitative shift and qualitative breakthroughs, then I was right. I have a lot of interesting thoughts on the development and use of smart contracts for creating systems without the participation of people, performing operations of any business logic of any complexity, where the roles of people are reduced only to voting and decision-making, and the role of smart contracts is reduced to the implementation of all operations, bringing all laws and established rules into effect, the implementation of the implemented logic of business processes, all calculations, payments, distribution of funds and other things should be done not by people, but by smart contracts.

If the community has a complaint about the results of the administering smart contract, then they can do the following:

And only after that these changes will take effect.

All this will be reflected in the financial interests of people. And when they do not have the opportunity to hide and conceal something somewhere, but have to use this open voting mechanism, their consciousness, ability and desire to cooperate will increase dramatically. Because until they agree with this, they will have to deal with exactly the mechanism that no one wants to deal with.

This three-stage system is self-regulating and naturally supported. For example, if members of the jury do not vote the way they like, then their activities, firstly, are regulated by an on-chain smart contract, each of which has a reputation field. This field is automatically changed based on compliance or non-compliance with the conditions for judging competitions based on the results of the competitions themselves. Compliance data is collected by a smart contract. Secondly, if someone is not happy with some judge / judges, then there is an option called “challenge”, where it is possible to present evidence of the unfairness of their work and call a “high refereeing”, which will be called upon to understand this situation. It will be expensive.

The “High Judging” are the people with the most impeccable reputation in the judging community. They will dream of getting there, so people will try to judge fairly and honestly, not to get their hands dirty with dubious actions.

Thus, if the case wins in this court, it is likely that the initiator will receive a reward as compensation. The “high court” gets its payment anyway. And the guilty judge greatly spoils his reputation, and some amount is transferred from his deposit.

Why is the reputation in this system interesting? This is a kind of automatic multiplier that affects the amounts that the jury receives for their work.

What would you like to learn and implement in FreeTon?

The system that I just described and about 30-40 more ideas for implementation that popped to my head since November 2019.

Who is a highly qualified specialist for you in any of the areas here? Who would you like to work with?

We have many people who amaze me with their abilities. With whom I would like to cooperate, I already work somehow. And I just want to name a person who was completely undeservedly ignored – this is a person whose student in the development of smart contracts I still am – Nikita Monakhov. He developed smart contracts that were deployed more than others on the Free TON network: Multisig, Magister Ludi DeBot, DePools.

At the same time, I still cannot think of new collaborations with someone interesting and I even consider it criminal for myself, because, having met such a person, I will definitely find some new ideas that I want to implement. It would mean less to deal with those ideas and projects in Free TON, which I already have a lot. Now I have to work on putting the voting smart contract in open source, but first it still needs to be tested.

I figured it out! I really want to work with a person who will test with me the voting smart contract.

How confident are you that the transparent voting system you are currently developing will be accepted by the community?

Until now, it has not been accepted. This may indicate several reasons, but I can say one thing: that the community does not want to have this system yet. And what will happen in the coming days, I cannot know, because when the community begins to act, it happens spontaneously, so… It is better to ask the community specialists about it.

For example, do you mean such specialists as Fedor Skuratov?

Quite right. Professionals like him know better how it all works. Fedor is an amazing specialist. We collaborated with him at TON Labs and a year and a half ago we launched a certain system together with him, and during our joint work I felt great respect for him as a high-class professional in his field – community management.