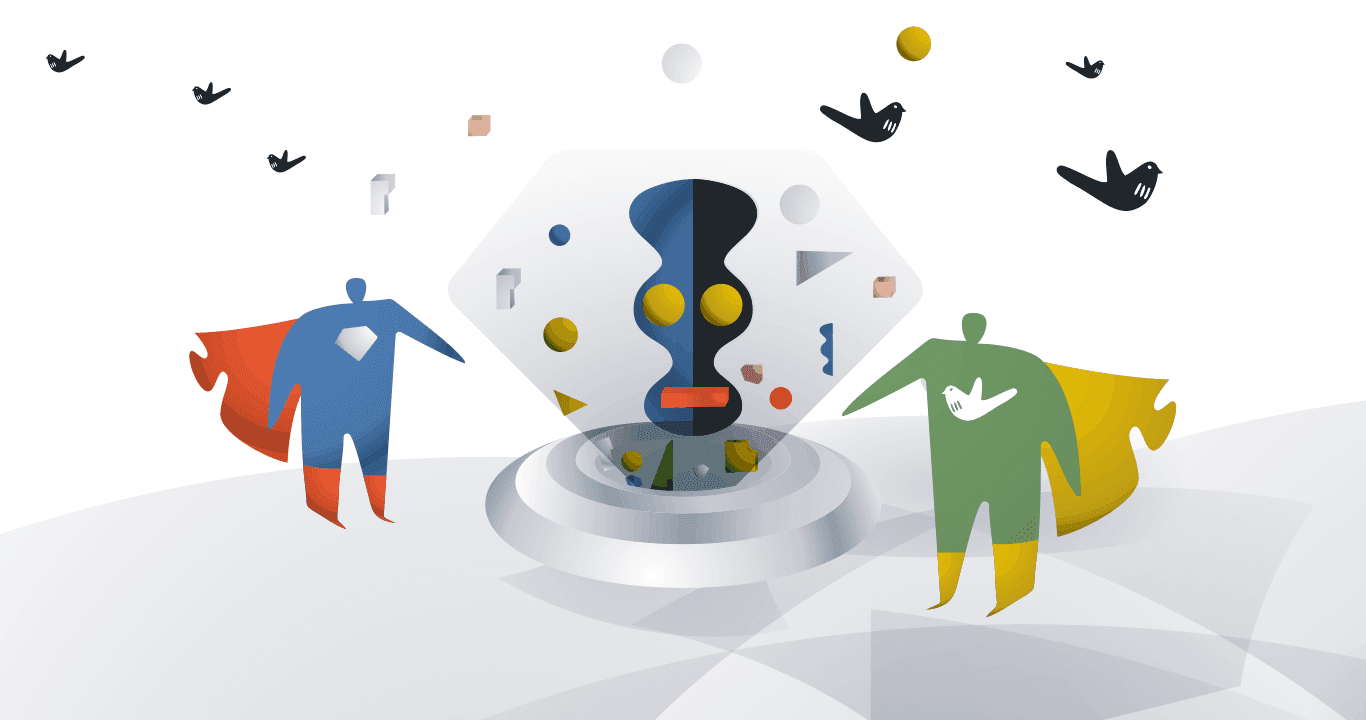 There is no management hierarchy in the Free TON community. This is essential for decentralizing the network. But then the question arises as to how the community can engage in dialogue with the outside world. Who will speak on its behalf?

Therefore, the Free TON community decided to create a virtual hero to represent the platform. A competition was announced, which aroused great interest — 122 applications were submitted. The number of applicants came as a surprise. To encourage so many talented people, they proposed increasing the number of prizes from 20 to 50.

The jury is still voting and the results are not known. But our editorial staff decided to plunge into human creativity in order to form our own opinion about the possible contest favorites. Let’s start with the most obvious:

Choosing a name for the characters, many authors played with the platform’s name — Free TON. Not surprisingly, the most popular hero name is Tony as well as derivatives from it.

The most popular type is Crystalloids of various forms — from a person with a crystal head to a crystal with a face. There are more than a dozen of them on the list.

It should be noted the wide range of design performance: professionally designed characters compete with amateur sketches.

The second largest group is Animals. There are owls, dogs, turtles, eagles, but most of all, of course, cats. Among cats, there are gentlemen from the 19th century, futuristic tailed creatures, and just cute ones.

For ourselves, we noted an ingeniously written biography of a detective cat named TonCat and his image from noir black and white detectives — voluminous and promising.

A Giraffe (No. 81) with an excellent design is also among the favorites. The color of its skin is the popular Free TON colors. The characteristic spots are made in the form of crystals.

Dragons are a powerful solution

There are several dragons participating in the competition, and each is good in its own way. The crystal dragon (No. 43) is a wild graceful handsome creature. On the contrary, the three-headed hipster lizard is a more anthropomorphic, but also more friendly character. We would choose a wilder one.

Regarding female characters. There are not as many of them as we would like. But most of the works are of high quality and with a detailed background. The impression is spoiled a little by the fact that some authors could not avoid clichés with armored bras and pin-up girls. In our opinion, the possibility of choosing a female image is quite likely. The main thing is not to get carried away with stereotypes (No. 22, 15, 32).

There are good finds among female characters with a well-developed image philosophy. For example, the original fantasy story of the extraterrestrial android Angel 8 (No. 64).

We’re talking about borrowed characters. For example, one of the heroes resembles Master Yoda. Obviously, many people like Star Wars, and now the series The Mandalorian with baby Yoda is coming out. Despite the artist’s quality work, common sense dictates that the character should be rejected.

Also, one of the heroines embodies the image of a Wonder Woman (No. 22). It’s drawn cool, but the copyright issue can be just as cool. The same story with a character from the movie Avatar (a film that grossed $ 1 billion in its first week at the box office).

This character is just a godsend! A hero named DeGod (No. 54) is the master of a parallel universe. This is very good science fiction. Plus, it’s not a 100% positive hero for us. It seems that no one better reflects the idea of decentralization of Free TON. DeGod is our favorite.

Narrowing down the circle of favorites

There are several dozen works of a very high level. In some of them, the hero’s story is much stronger than the artistic solution. Others have a visually flawless performance, but with a flawed biography and an unfinished concept. In both cases, everything is fixable. But if we were a jury, we would have preferred original and strong ideas, good plot and character functionality.

Ton-Cat (No. 17). An alien cat with a detailed fascinating story. The graphics are great.

Pro (No. 20). A hero without a picture, but with a decent concept. A sort of eccentric sage. Feels like a reference to the character of the TV series «Rick and Morty».

Alien Tony (No. 36). A spacesuit with a crystal head. There are many opportunities for the development of the character.

Expert Tony (No. 60). The standard of the computer geek. Fun behavior and appearance. Smart and boring, thinking that he understands everything.

Cryo (No. 71). Enchantress. Positive, light and cute image with a fascinating fantasy story.

Native Free TON (No. 76). Its history goes back to the days of Columbus and emphasizes the environmental friendliness of the Free TON system.

Gnome Bucks Token (No. 84). A good story of the hero’s search for treasures. Every character trait is justified.

Crystalminer (No. 95). Its gripping story combines fantasy and epic. The design needs to be improved or completely redone.

Tiger (No. 120). A flawless presentation of a striking look.

The jury will have a difficult choice. They will probably offer work on the characters to several contest winners. Different heroes can represent the community in different segments of the Free TON ecosystem.

Why might the results be unexpected? For example, because of the “protest vote”. There are works designed for such a reaction. Demonstrative indifference and deliberate violation of the rules — sometimes success was achieved in this way. We are waiting for 4 December, and then we will find out the results.