Can blockchain technology be used in online elections and how reliable will it be? 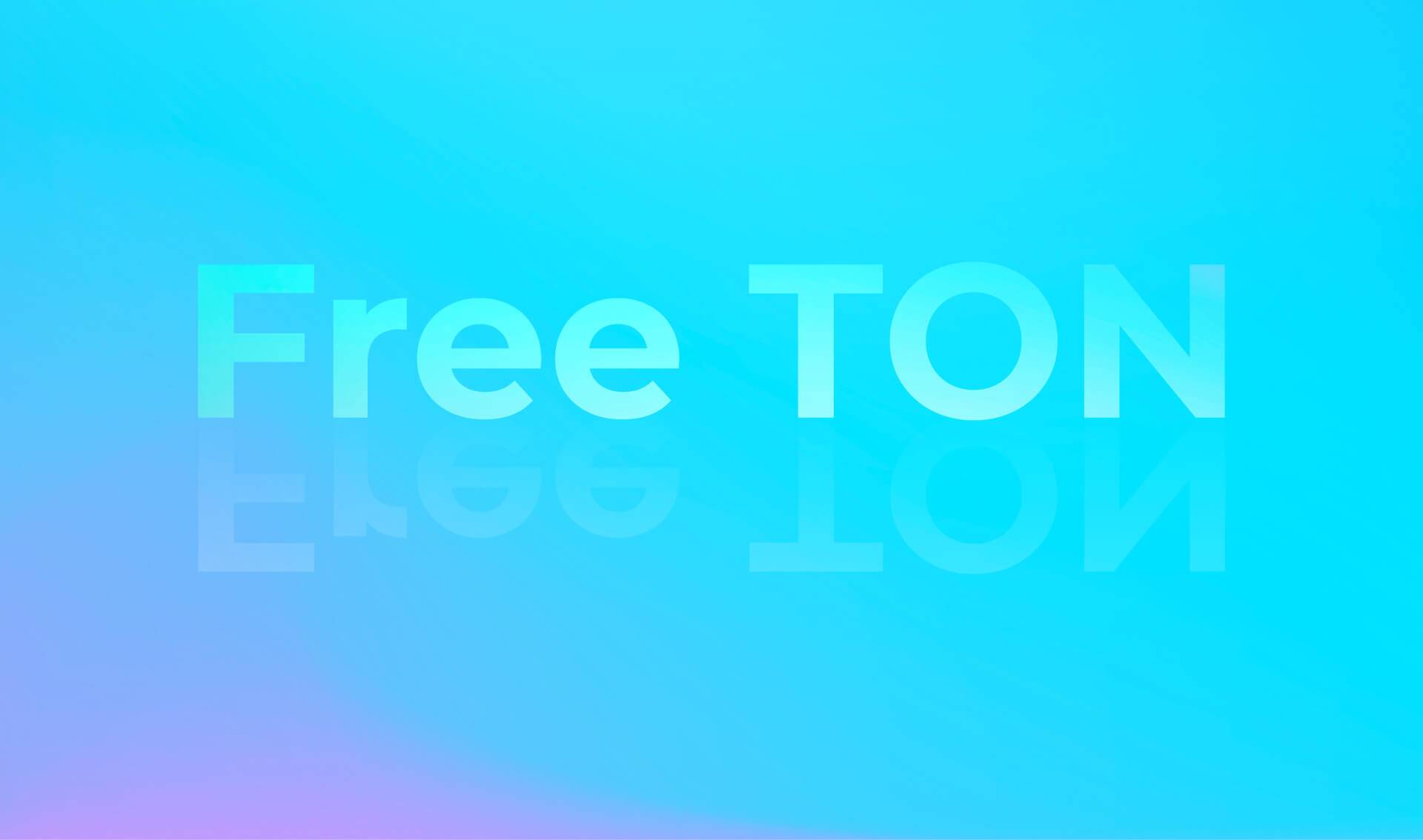 Why is the voting system insecure and opaque in a world where scientists are developing flying cars? With the development of technology, everything has become much more transparent and practical, but why is blockchain technology not used to organize simple and fair elections?

In the modern era of technology, most legacy processes have been replaced by digital ones. However, there were also those processes that were practically not affected by technology. Voting is the choice by citizens of a country of their “leader” and this process should be as safe, transparent and accurate as possible. Blockchain-based voting is obvious and secure as the ledger of records cannot be hacked to change the results. This ensures that there is no electoral fraud or ballot box stuffing. Blockchain voting is a need for an adult and democratic population.

Anyone with a phone and Internet access can easily understand the technical specifications of the blockchain voting platform. Citizens will not need to stand in lines and waste time traveling to the polling station to vote. Blockchain-based online voting is a cheap and easy method of holding elections compared to the existing method. The sooner various governments realize the importance of introducing this technology into their political environment, the simpler and more fair elections will be.

Blockchain has stunned the whole world with its appearance. Even 10 years ago, there were many assumptions in society about how this technology would transform different spheres of life, endowing them with greater security and transparency. The greatest impact of blockchain has been predicted for electronic elections. While everyone was talking about the potential of blockchain technology, West Virginia successfully held elections in 2018 using blockchain-based internet voting.

West Virginia became the first US state to allow internet-based blockchain voting in primary elections. Despite the fact that the number of voters was small, the task was to test the blockchain in a pilot project, with no plans to introduce it on a wider scale in the near future.

The idea of ​​using blockchain in elections is more than just an experiment. Online voting on a secure and trusted platform could eliminate vote falsification and increase voter turnout. Online elections will make the voting process more convenient for citizens abroad. Moreover, it is a useful tool for maintaining transparency in the electoral process, minimizing election costs, streamlining the counting process, and ensuring the identity of all voters.

In accordance with the technology used in the elections in West Virginia, the identity of the voter was verified using a fingerprint scan immediately before voting on a mobile device. This approach to identification made it possible to instantly determine the identity of each person without a significant investment of time.

The US presidential election on November 3, 2020 was highly controversial. Accusations of electoral fraud on the part of defeated President Donald Trump have cast a shadow over the entire U.S. election process. However, this would not have happened if the voting process was based on the blockchain. Since every vote is part of the blockchain, it is mathematically validated by the validator. Blockchain could create a publicly available and verifiable register of votes to maintain voter anonymity and voting transparency.

Digitization is a global trend as all government services move from paper to cloud storage, increasing the security of sensitive information. But there is one exception – political voting. Why is it still impossible to vote for the president online in 2021? Why only Estonia switched to online voting?

Online voting and e-voting are two different processes. The latter type of voting involves a conventional voting system at polling stations using devices installed there. Voters drop completed ballots into a scanning device. The scanner determines the voter’s decision and sends the result to the central server, in parallel making the corresponding entry in the blockchain.

Brazil, India and the United States are countries where e-voting has long been used. There is only one country that uses online voting in full – Estonia. Online voting in this country has been carried out for over 15 years. In 2019, parliamentary elections were held and 40% of Estonians voted online.

How does blockchain work?

Before considering how blockchain technology can modernize the existing electoral system, it is necessary to understand how it works. Basically, blockchain technology tracks every step with records. The mechanism of the blockchain uses cryptography to protect data and links transactions to each other, making it impossible for any changes or interventions to be made.

Blockchain is a platform used to conduct economic transactions in the most transparent way. In fact, this technology can be used not only for economic transactions, but also for the implementation of all virtual processes. Already today, blockchain is used in the pharmaceutical industry, the fashion industry, in manufacturing and even in transport.

Online voting can be carried out using blockchain. Voter registration is required for such elections. This is necessary to determine who can vote. Upon completion of registration, each person receives a token that allows him to vote once. Using blockchain eliminates the weakest part of the system – vote counting.

Elections, even in developed democracies, are tarnished by allegations of fraud or outside influence, so the use of technology to eliminate fraud is imperative. However, there is skepticism in society about the use of blockchain for this purpose.

As practice shows, the use of blockchain in elections can be simplified through the use of open source voting platforms. The open source platform does not have any proprietary elements, which allows any citizen or institution to test the functionality of the application and help improve its security.

However, for widespread use in the electoral process, blockchain technology must be comprehensively tested, accessible to the majority of voters, and scalable. In addition, political will is needed to introduce new technology. This highlights the need to raise awareness among government officials about new technologies and the need to build the technological capacity to make the electoral process transparent and secure.

Blockchain is a safer tool for collecting and processing data compared to conventional centralized tools. However, some experts disagree.

Blockchain is a reliable solution to most of the problems of existing voting systems. Below are two of the most common problems with modern voting systems that a democratic electoral system faces.

Voting security has always been one of the biggest challenges facing all democratic elections. Ensuring safe voting is of the utmost importance both from a technological and political point of view. Thanks to the blockchain and blocks of information linked to many other blocks, the voting system becomes as secure as possible. By the way, the blockchain makes the voting system almost impregnable to hack.

Using blockchain-based online voting, each vote can be checked immediately after the token is sent, which allows you to instantly count the number of votes. A blockchain system that records every transaction in the ledger provides a high level of security for the voting process.

Another problem that the entire democratic society wants to solve is the openness of elections. Initially, blockchain technology was positioned as the savior of the electoral system, as it was invented to solve the problem of transparency. Blockchain technology could revolutionize political voting. This can only be achieved by using open source platforms that allow citizens to audit applications.

Follow My Vote is one of the best open source platforms that uses government-issued voting IDs. The platform allows voters to make their choice and check it online.

VoteWatcher allows you to create custom ballots with QR codes that prevent ballots from being scanned more than once and allow you to record and track voter votes. VotoSocial uses a similar method along with the use of digital coins. This helps ensure that voices have not been changed, removed or added.

Not all online election systems are perfect, and some have their drawbacks. For example, at the end of 2020, a competition was held for solving the problem of auditing votes using Free TON. Validation of voting results in Guatemala has off-chain flaws that require an on-chain solution to address. The same process of auditing votes on a voluntary basis is carried out in other countries such as El Salvador, Ecuador, Honduras. The audit of votes in these countries faces similar problems as in Guatemala. These problems are based on the old voting system, which relies on paper. This promotes potential manipulation of the results even before the voices reach the volunteers. To combat this problem, a Guatemalan activist as well as a blockchain advocate created an app that helped alleviate the problem. However, the incoming information could still potentially be compromised.

Taking into account the fact that no laws or actual voting processes could be changed, the contestants had to come up with a solution to this problem using Free TON in order to eliminate possible inconsistencies in the counting of votes and eliminate the possibility of manipulation of the vote counting and auditing process. The decision was supposed to make the counting and auditing of votes accurate, as well as speed up the provision of information on the voting results.

What will be the future of elections?

The electoral system definitely needs modernization. Apart from this, the laws related to elections also need reforms. It is also worth considering the emergence of new quantum technologies that can hack the blockchain and the voting system based on this technology. Using blockchain in elections is a serious decision that will undoubtedly have many obstacles on the way to full implementation. But humanity still needs to adapt to change.

In summary, online voting can change existing electoral institutions and increase public confidence in the system. The ideal voting platform is likely to be comprised of open source software and industry experts capable of suggesting improvements and pointing out vulnerabilities. Open source software will soon become the standard for online voting.

In reality, online voting will likely never completely replace the traditional system. One of the reasons is the digital divide – not all voters have access to the Internet and sufficient skills to use digital services.

Even if a blockchain-based solution to the problem of distorting the voting process and counting of votes can solve most of the problems of the electoral system, it is still impossible to counteract factors outside the electoral system: propaganda, exclusion of candidates from lists, coercion of civil servants to vote and other manipulation tools. widely used by modern regimes of “selective authoritarianism”.