Archive: transcript of the interview with World Chess 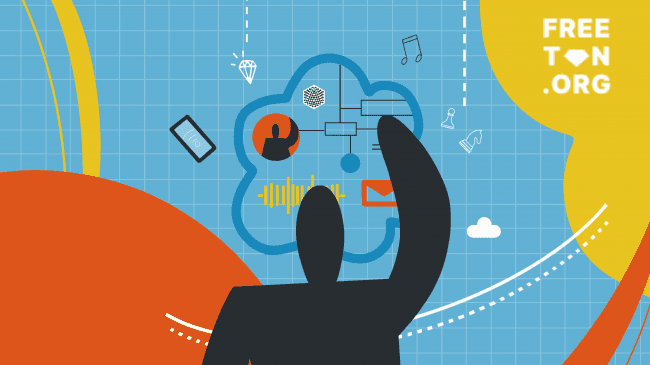 On October 21, an audio interview with a World Chess representative, one of the largest Free TON partners, was published on our blog. The host of the interview was Polina Vishnevskaya, its full version (in Russian) can be found here. This article represents a transcription of the podcast. Welcome!

Polina: Hello, our dear listeners! Today I am taking a second interview for our website blog.freeton.org with Ilya Merenzon. He is the head of World Chess, which has recently become an official partner of Free TON. Ilya, I suggest that we can start our interview. The first question, the answer to which both I and our listeners would like to know, is as follows: why did you decide to take up World Chess?

Ilya: You know, chess is actually something that I have been doing for a very long time, and, in my opinion, this represents an opportunity. There are few sports left in the world, except drone racing, which are startups. It seemed to us when we first started that chess was a terribly interesting startup that provides many opportunities, so we started doing it. So that’s why I took it up.

P .: Okay, thank you very much. So, tell us about the activities of World Chess. Perhaps you can share some statistics with us? How many users are involved in the project, for example?

I .: World Chess is the organizer of large chess events. For example, we organized the previous world championship, and now we are organizing a part of the world championship cycle, and we also manage the official gaming platform of the Chess Federation. Therefore, we have many different types of users: both those who watch chess and those who play them. In total, there are now about half a million registered users, but the numbers are growing every day. There are many millions of people in the chess ecosystem, and we communicate with them in one way or another when we organize major events.

P .: It’s great that the numbers are growing! So, how did you find out about Free TON and what was the prerequisite for the partnership? Is there something specific that interested you in this project?

I.: I know that this is a new project, and I know those people who, in one way or another, were at its origins. Therefore, I am initially familiar with it – and that’s it, I just followed the project. Naturally, I’m also interested in the fact that this is to some extent a hipster – okay, in my opinion – project, one of the tasks of which is to simplify all these complex technologies. That is why it is very consonant with chess.

P .: Okay, thanks. I would also like to know how often do you host World Chess events and tournaments? Will you somehow use Free TON in them?

I.: We have ideas on how to use Free TON, but we don’t know for sure yet. We are still studying this model. Regarding events – yes, we hold them very often. Okay, in a pandemic, they may be held a little less often than before, but in general, we have several events a year at a very high level in different cities and different countries. We held the last major event in Jerusalem, before that there was Hamburg, and before that there was London.

P .: Good. Perhaps you can share with us some ideas for using Free TON, if it’s not a secret?

I.: So far, I would not like to do this, but here’s what I will say to you: we are looking for ways to make the Free TON ecosystem an element of the sports ecosystem and, perhaps, not only chess. There are many professional intellectual sports, so we really have very high-profile plans, and I’m actually afraid to voice them. They are not related to chess in this case, but specifically to intellectual sports, including any other gaming activities. Another important point: within the framework of this idea that I cannot fully voice, one of the important functions of Free TON will be governance associated with the organization of sports clubs, federations and others at the global level. Again, this applies not so much to chess as, in principle, to sports.

P.: Together with our readers and listeners, we will look forward to what will come of it in the end! And the next question: will World Chess use the Free TON blockchain?

I.: Will try one way or another. Again, our idea is not so much related to chess, although they can become a part of it, in our opinion everything is more global here: how wonderful it would be if we could unite many mind sports within one ecosystem that allows us to provide services, which the sports ecosystem cannot yet provide. This is a lot, from prizes to baiting.

P.: I would also like to know more about cooperation with Free TON, what other steps would you take apart from what you are already planning? How will Free TON users and World Chess members benefit from this partnership?

I.: In fact, we have such a large roadmap that it is even difficult to define it here. I am sorry that I am not as specific as you wish I were. In my opinion, the main function of World Chess as a sports organization is to provide access to users. We want sports users (again, not only chess users) to be able to join this ecosystem and therefore add  millions of participants within the system. Thus, this will enable the developer community to come up with services and implement them based on an already large enough audience.

P.: Such major partners as Mercedes, Russian Post, Kaspersky and many others are listed on your website. Do you plan to interact with them in the framework of Free TON?

I.: I can’t say that yet. Naturally, we will introduce everyone to everyone, so to speak, at the chessboard. But we do not yet know what will come of it. I believe that the task of all members of this community is to gain on the one hand an audience, on the other hand, users, and on the third hand, customers. Therefore, we will see how useful we can be here. We will definitely introduce everyone, and I’m sure something will happen, but I don’t know what yet. Everything is still developing to such an extent that decisions will only be formed. Now it is just a lot of ideas.

P .: Good. I would also like to know your opinion on the prospects for Free TON without Durov and Telegram. What do you think about it?

I.: You know, it’s hard for me to say, but I hope they are very good. I know the team that is at least partially involved in this, and they are very adventurous in a good way. So I think it will be good. But I also, of course, understand the value of Telegram in all this, and since the system is native, I notice that a huge number of actions are still associated with Telegram. Therefore, I hope that at some point this collaboration will become tighter. Then it will, of course, be an additional facilitator of creating a huge number of people into the ecosystem.

P: The next question from one of our readers: did you invest in Durov’s Gram or TON?

I.: I know a lot of people who did it, but I didn’t have that opportunity. I, frankly, did not know about it. Secondly, I am a bit of a gambler in this matter, so I prefer to stay away from this kind of investment. But I watch with interest how it develops.

P .: Okay, thank you very much. The next question from a reader: in your opinion, could Durov launch TON?

I.: We know the answer to this question: he, of course, could and even almost launched it. If he hadn’t been interrupted, he probably would have launched it. Or the question is, did he launch Free TON?

P.: I cannot say for sure, as it was a question from a reader. But if you can answer it, I will be glad to hear the answer.

I.: Unfortunately, I don’t know, but I’m sure that he, of course, could have launched it. Perhaps at some point he will be somehow involved in this.

P .: Okay, thanks. I would also like to know your opinion on what will happen to cryptocurrencies in, let’s say, 5-10 years approximately.

I.: You know, I have a very mixed opinion on this matter, because I am interested in this, and my opinion is already to some extent formed on the basis of what I have studied and read. I believe that at some point in the near future there will be some kind of convergence, some kind of merger of major players in the fiat market and the crypto market. It cannot be denied that there is some noticeable usefulness of this technology, if we talk about its financial part. Most likely, there will be a dramatic implementation. Tens of thousands of people around the world are trying to invent new functionality for this every day, so one way or another, a lot will go to the blockchain. The question is in technology – which one will be chosen. Again, everyone is trying to answer this question, but most likely there will be no answer until a dozen major players emerge, as well as currencies that will be tied to some kind of decisions. But again, I’m afraid to look empty-headed, but I can’t say anything definite except that everything is more or less clear. The question is in the application for the near future.

P .: Okay, thank you very much. And the last question: do you hold some kind of cryptocurrency? If so, which one?

I.: Actually, no. Our company holds some funds in the currencies of Algorand, TON, bitcoin a little. But not me. Although, probably, I should. And you?

P .: * laughs * Not yet. And if you did decide to take this step, which one would you choose?

I.: It’s hard to say. In fact, it doesn’t matter in principle. I would choose some less volatile ones. Since they are all more or less volatile, you need to have a certain amount of adventurism and some certain tasks. For example, if I had some kind of financial activity with cryptocurrencies: conditionally, I would buy an apartment or something else for bitcoins – then bitcoins, or pay rent in algorandas – then algorandas, if I bought T-shirts for TONs – then TON. So I would keep them in terms of utility, in terms of long term investment. Again, there is no answer, unfortunately. I am probably the most conservative partner you’ve ever met.

P .: Okay, thank you very much. It was still interesting to hear your opinion. I want to thank you for taking the time to talk to me. I hope that the collaboration between Free TON and World Chess will only grow stronger. Thank you again!