An interview with Sergey Shashev 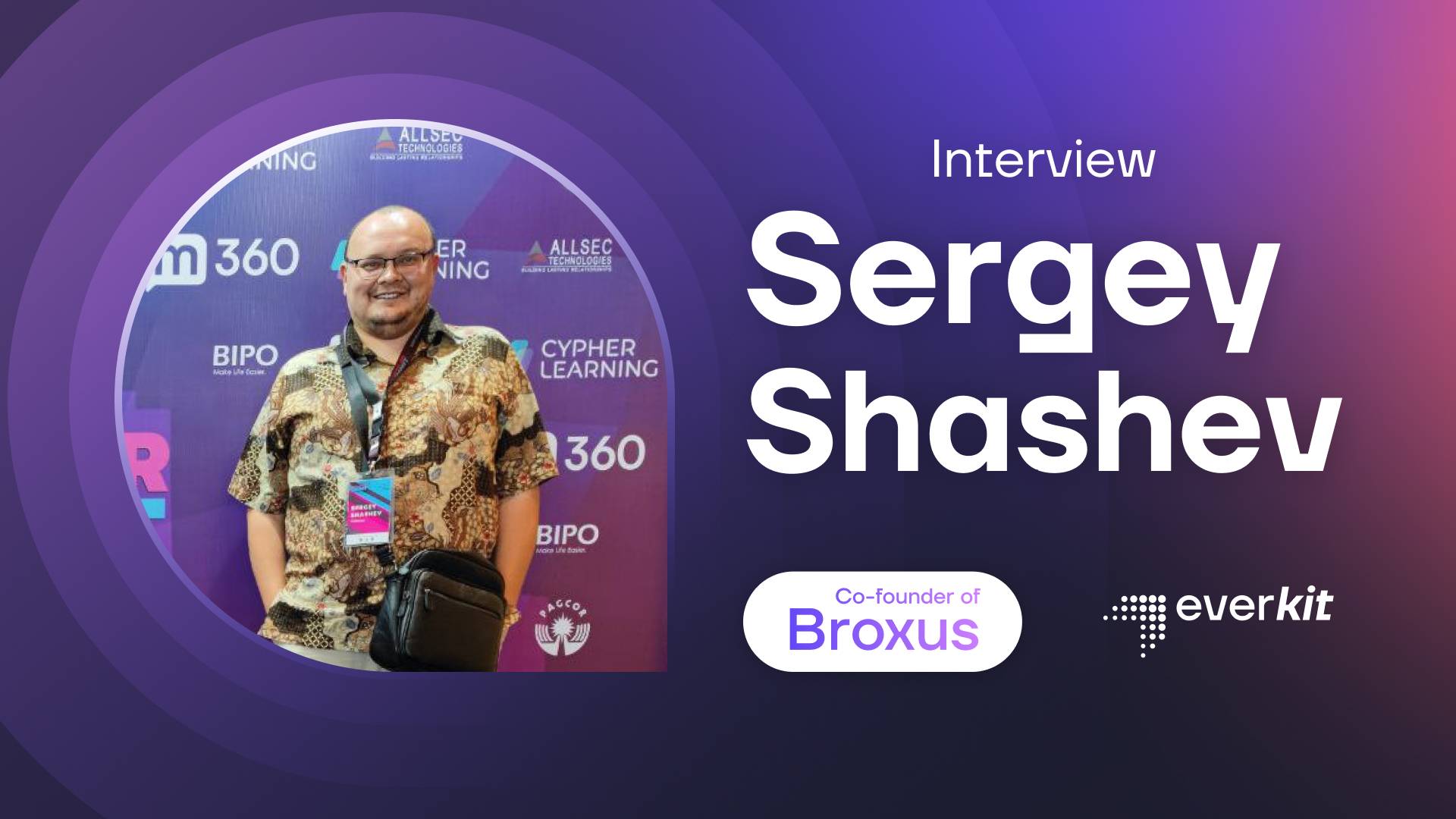 The EverKit team has conducted an interview with Broxus co-founder Sergey Shashev. First, Sergey shared with us important theses that have been clearly formed over the last hundred Everscale pitches to potential partners over the past two weeks:

There is an opinion that after the launch of POS Ethereum, the rest of the L1 networks will not be needed. The counterargument to this opinion is database technology, which will soon be 50 years old. Blockchain is a distributed database. For 50 years, a universal database has not been formed, so there can be no universal blockchain.

The presence of a bridge, dexes, wallets is not important. This should be in every default block. We have two niches in which we are the best: CBDC and blockchain communications (storage and transfer of information on-chain).

Sergey also answered the questions of our team:

EverKit: 170 million EVER for Broxus, DeFi Alliance and EverX: where did this amount come from when such an agreement was?

Sergey Shashev: The figure for EverX appeared at the start of the network, they were supposed to receive 5% of the entire network. And the DeFI Alliance figure turned out during the vote for partnership with the alliance. 170 million is the balance of payments for this partnership, but the procedure for payments has been changed: now the alliance receives EVER not monthly, but only upon achieving significant network growth (The beginning of payments when entering the TOP 100 CoinGecko excluding stablecoins, completion of payments after entering the TOP 10). The point is that DeFi Alliance and EverX have mirrored conditions.

EverKit: Comment on this idea: what if we give everyone the opportunity to use LEVER. Maybe through LEVER  we can set the task to collect 100 million from the market and allocate 10 million EVER for this. People send EVER to the contract and get LEVER plus 10%.

Sergey Shashev: No, the idea of ​LEVER is different. The idea behind LEVER is to close all responsibilities that were once recruited.

EverKit: The locked money will not be in the nodes?

Sergey Shashev: No, they won't, it's very difficult. We cannot take a two-year lock on complex mechanics, as depools can change a lot. It is necessary to make a simple mechanic. A bond is a very simple financial mechanism.

EverKit: LEVER holders won't be able to vote on EVER DAO for two years, is that a problem?

Sergey Shashev: Of course, it is better to vote than not to vote, but again it is a matter of complicating the mechanic. Look at the work of Ethereum: there all the mechanics are simple. With complex mechanics, you are doomed to long suffering.

EverKit: Development is becoming more decentralized, how open is Everscale to everyone now?

Sergey Shashev: We are more open than Solana. And raising the validator in Everscale is easier. If a person wants to do validation, no one will stop him.

EverKit: As far as I know, if you raise the node, you will only have transaction hashes. How do you get the full history of blockchain?

Sergey Shashev: You can take ready-made databases with indices and get data from there. Now there are three companies with such bases: EverX, Broxus and AML Crypto.

EverKit: There was talk of more decentralization of the DAO. When will we move on to storing some or all of the treasury at DAO addresses?

Sergey Shashev: When it becomes important for people. Now people are not so actively voting. The community, excluding whales, has 100 000 000 EVER. Only 6 000 000 EVER participated in the latest vote, which proposes fundamental reforms.

EverKit: When we went to the EVER DAO website, we couldn't find the contract code in Github.

Sergey Shashev: It is open, EVER DAO uses the bridge code.

EverKit: Is there anyone other than EverX and Broxus on the recently announced tech committee? Does MitJa Goroshevsky participate in the discussions?

Sergey Shashev: The answer to both questions is positive. The technical committee, for example, has Itgold, =nil; Foundation, MinerGate, as well as community enthusiasts who have a good understanding of the technical aspects of Everscale. In total, there are 20 people on the committee.

EverKit: How does the load on the network affect the award for validators? Will 200 million be enough for 5 years of validation? Why was such a period chosen?

Sergey Shashev: 200 million for 5 years is a quantity with a reserve, in the first 2 years only 60 million were issued. After the end of 5 years, it should be beneficial to validate the network for commissions. If a business has not become a business in 7 years, then it makes no sense.

EverKit: And if the load increases a lot, does it mean that the money will be spent faster?

Sergey Shashev: No, if the load increases, the commission increases.

We thank Sergey Shashev for the interview.