A large voting cycle on EVER DAO 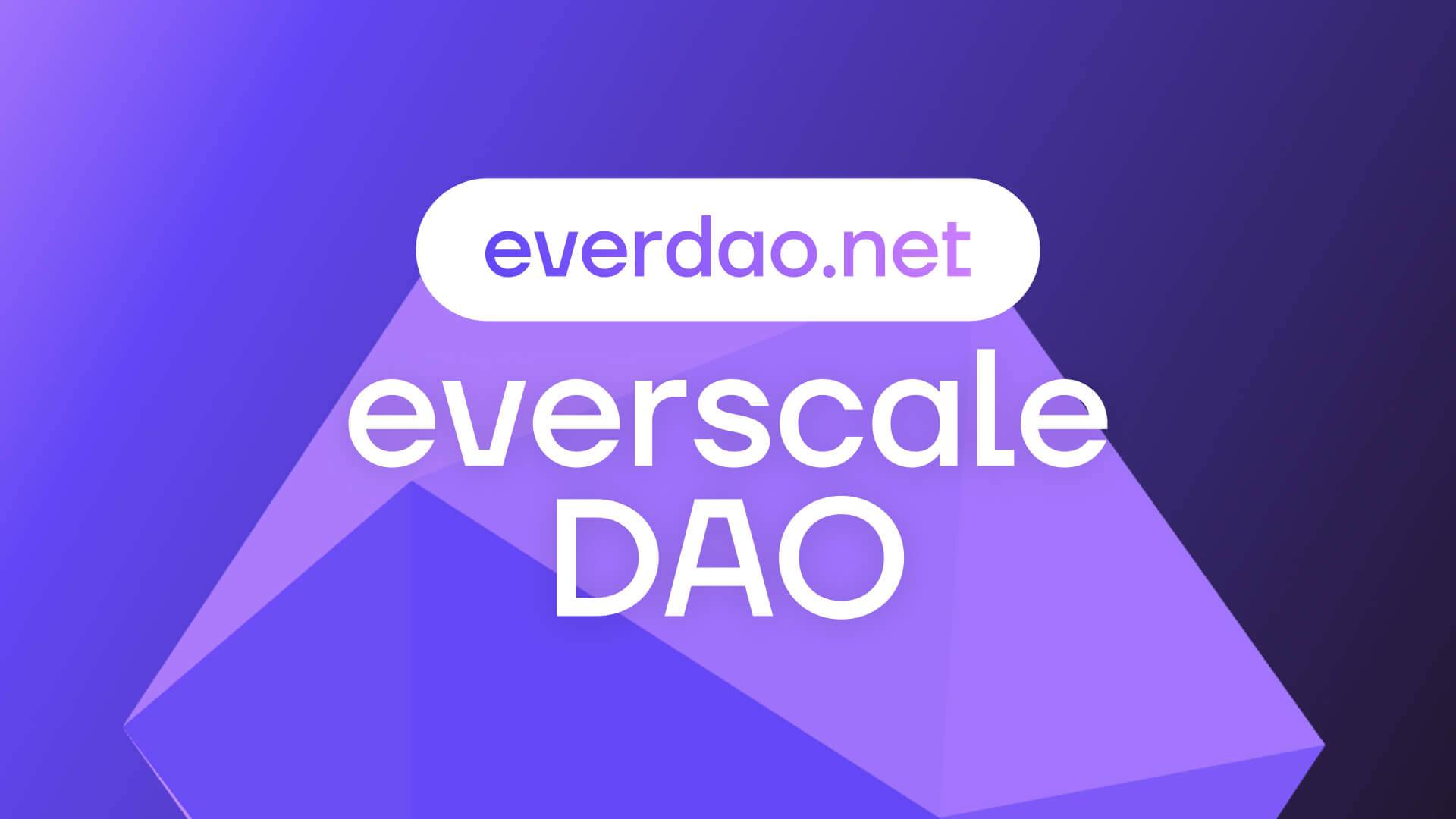 A large voting cycle has begun on the EVER DAO platform. It is based on the results of previously accepted proposals for Main Governance members and Everscale partners. All community members are invited to vote.

The QUBE token airdrop, which was allocated for participation in the first vote on EVER DAO, continues in this voting cycle. According to the new airdrop procedure, the final reward will depend on the activity level, including this voting cycle and the number of tokens (the dependence is not linear). Distribution of rewards in QUBE is set for May.

BR Capital is a team of blockchain investor-builders who have actively supported Everscale since its mainnet launch (and even before).

EverX is a developer network with several shared full nodes that was launched on a public API six months before the Everscale network. It has been maintained by the EverX team since then for all the community to develop applications on Everscale.

Korean Community sorted problems that could have heavily damaged the network in 2021, supported marketing of Everscale in Korea following the network’s rebranding, actively invested in various Everscale tokens, and managed a blog for Everscale to provide data/info in Korean.

MTX joined the Everscale DeFi alliance in June 2021 to contribute to the Everscale ecosystem's development. MTX is also doing its part in testing and providing feedback to the teams developing and maintaining the Rust node and other ecosystem components such as Flatqube DEX.

Sharif Sakr also contributed to the launch of Everscale by using his journalistic contacts and experience to supervise the PR campaign for the Everscale (then FreeTON) launch. Sharif wrote the press release, built the journalist target list, and was involved in distributing tokens to companies and individuals who could provide support to the launch, including establishing partnerships with major media outlets like CoinTelegraph.

Smartpool’s summary of work: for the most part ran two nodes; at times this went up to 10 and sometimes as high as 20 nodes when the minimum stake was around 20K.

Warp Capital was one of the largest liquidity providers for the Everscale network. Itsuccessfully closed deals under the Crystal Hands program, participated in the development of the Everscale Grants Program powered by Everscale DeFi Alliance, actively attracted partners, including large funds from Asia and the Middle East, and provided consultation on tokenomics for the future Everscale native stablecoin, lending protocol EverLend, the QUBE token of decentralized exchange FlatQube, and the EverStart launchpad.

The voting cycle for the listed Main Governance members will end on May 1-2.

Changelly is an instant digital asset venue that provides the ability to seamlessly exchange 160+ currencies at the best market rate to over 1,000,000 customers globally on a monthly basis.

Adgram is a performance marketing platform on the Telegram messenger. Advertisers can create different types of campaigns based on cost per click (CPC), cost per post (CPP), cost per

Chinaplay is an online digital game distribution company in China. Its KPIs (initial commitments) are  3,500,000 registered users, 100,000 unique paying users per month and  600,000 per year, and an average monthly payment size of $10 per user.

Combot is a Telegram community management service. It is a bot that can be invited to a group chat. It then collects various data about the group and its users. Potential next steps: GCR – Global Community Reputation. The idea is to use Combot to calculate the weight of a user’s reputation based on their participation in different communities (groups).

DeTrace Contract & DAO provides a way of tracking and verifying objects (products) so that they cannot be altered or manipulated. It also develops a DAO smart contract that can handle the issuance, re-issuance, and verification mechanisms in other use cases.

Freewallet provides custodial wallet services and currently allows storage of over 100 prominent digital assets, serving over 3,000,000 clients from over 100 countries through a set of seamless UIs across desktop, iOS, and Android. The ecosystem’s native token is integrated into the wallet.

Koshelek.ru is a company specializing in full-cycle fintech project development.

Even before the partnership proposal was sent, a connected service of custodial stakes was added to the platform, which became a network validator. The company's goal is to provide a full range of functions for working with cryptocurrency in one service. Currently, the project focuses on the CIS market.

Nebeus provides the opportunity to top up mobile phone accounts in 180 countries around the world. The company proposed to offer the account replenishment service to Everscale (formerly Free TON) users, who could top up almost any mobile phone in the world with the native token. It is building a gateway for receiving native tokens via a Telegram chatbot and DeBots in Ever Surf.

Lumi Wallet is a multicurrency non-custodial cross-chain wallet. Partnership goals: to introduce the Lumi user base to Everscale (formerly Free TON); to conduct CRM marketing activity, including in-app client engagement and airdrops; to enable exchanges of the native token gate from fiat to crypto and back; and a swap engine for a wide range of digital assets.

The voting cycle on the listed partnerships will end on May 2.

Click here to find an interactive token distribution, including for the Main Governance members and Everscale partners.